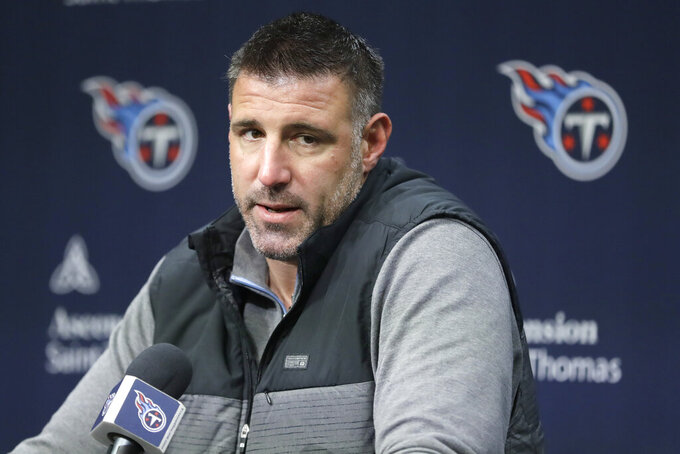 Who calls defensive plays for 2020 has yet to be determined, but it will be someone currently on staff after the moves announced Thursday. Vrabel did not hire a defensive coordinator to replace Dean Pees.

“Adding quality coaches to our staff has always been my priority with the ability to teach, develop and inspire,” Vrabel said in a statement. ”I have known Jim (Haslett) since my rookie season at Pittsburgh and was impressed with how he taught and developed the players on our defense. Over his career, he has experience and success as a head coach, defensive coordinator and linebacker coach."

Vrabel lured Pees out of retirement in January 2018 after being hired as Tennessee's head coach. Pees announced his retirement for the second time Jan. 20, a day after the Titans lost the AFC championship game to Kansas City.

A second-round draft pick by Buffalo in 1979, Haslett was the AP defensive rookie of the year as a linebacker himself. He was an All-Pro in 1980 and played eight NFL seasons.