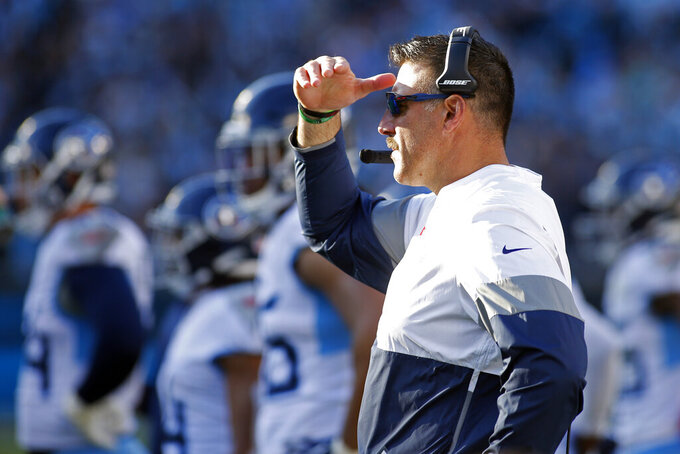 Tennessee Titans head coach Mike Vrabel looks on during the second half of an NFL football game against the Carolina Panthers in Charlotte, N.C., Sunday, Nov. 3, 2019. (AP Photo/Brian Blanco)

The Titans announced Friday that Casey (shoulder) and Brown (groin) won't play against the Chiefs. This will be the second straight game Casey has missed. He didn't play in a 30-20 loss to the Carolina Panthers.

Those injuries are the latest setbacks for a Titans defense that already lost cornerback Malcolm Butler, who was placed on injured reserve this week after he injured his left wrist at Carolina.

Mahomes, the NFL MVP, is expected to start against the Titans after missing two games with a dislocated kneecap.

The Titans did get some good news Friday. Center Ben Jones has cleared concussion protocol after missing the Carolina game.