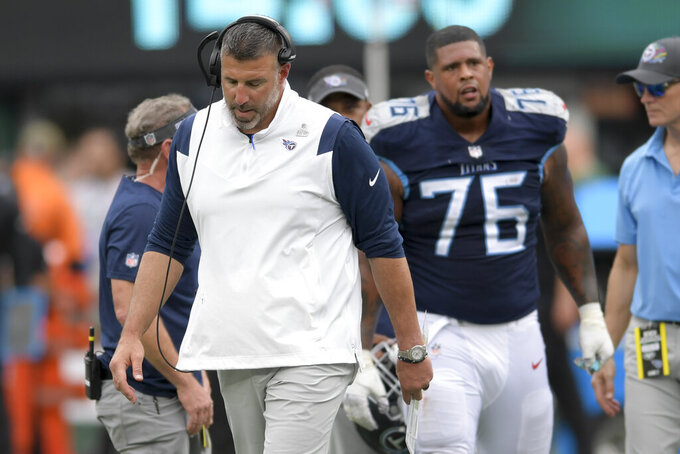 NASHVILLE, Tenn. (AP) — The Tennessee Titans have placed linebacker Jayon Brown and three others on injured reserve after declaring them out against the Jacksonville Jaguars.

The Titans also promoted a trio from the practice squad to the active roster Friday.

Brown played three of the last four games, including last week's loss to the Jets. But he's been on the injury report most recently with a knee that kept him from practicing this week. The Titans also put rookie wide receiver Racey McMath, offensive lineman Aaron Brewer and tight end Tommy Hudson on injured reserve.

Wide receiver A.J. Brown, who missed most of the last two games with an injured hamstring, will play Sunday after practicing fully for a second straight day Friday.

“I think he's worked hard and he has progressed,” Titans coach Mike Vrabel said. “So I'd say that based off the body of work that we saw today, excited about that.”

Left tackle Taylor Lewan practiced fully Friday with an injured toe that kept him out of the past two sessions. He is questionable, along with defensive lineman Denico Autry (hip), outside linebacker Bud Dupree and offensive tackle Ty Sambrailo.