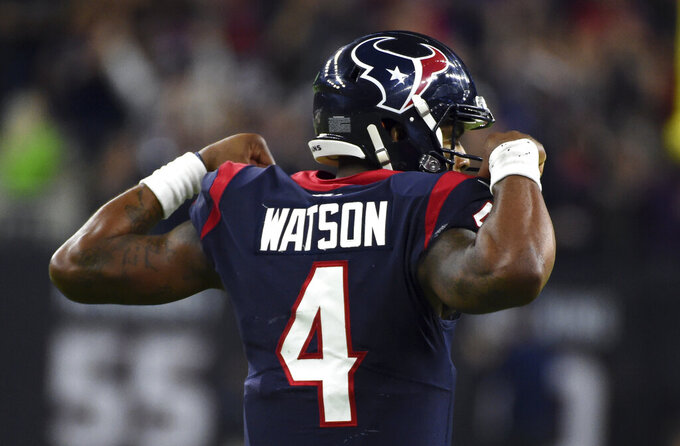 As a dense fog that shrouded Gillette Stadium for the first half dissipated, it became clear that the Patriots, who made the last three Super Bowls and won two, no longer were the bullies on the block. Six-time champ Brady's contract is up and the 42-year-old quarterback could well be headed elsewhere, including retirement.

Meanwhile, the Titans (10-7) are headed next week to Baltimore, the league's top team.

There was no scoring in the second half when All-Pro Brett Kern's 58-yard punt that took up 10 seconds rolled down at the New England 1. Brady then was picked by former Patriot Logan Ryan for a 9-yard touchdown to finish off the Patriots (12-5), who at one point were 8-0.

The game's first three possessions wound up as three long scoring drives. A 29-yard screen pass to James White set up Nick Folk's 36-yard field goal, but Tennessee answered with a 75-yard march built around Henry. He had no role on the touchdown, Tannehill's pass to a Harvard man, tight end Anthony Firkser that made it 7-3.

HOUSTON (AP) — Deshaun Watson spun out of a would-be sack and coolly completed a pass that set up the winning field goal in overtime as the Texans rallied from a double-digit second-half deficit for a victory over Buffalo in the first round of the playoffs.

Both teams punted on their first possessions of overtime — the first extra period in an AFC wild-card game since January 2012. On Houston’s next drive, Watson evaded a sack by wriggling away from one defender and bouncing off another before rolling out to find Taiwan Jones for a 34-yard reception to set up first-and-goal.

Watson flexed both arms as the crowd at NRG Stadium went wild — knowing their team was in position to pull off another comeback win to Houston's playoff history.

Ka'imi Fairbairn then kicked a 28-yard field goal to lift Houston to the victory.

The Texans (11-6) advance to the divisional round of the playoffs next weekend where they’ll face the Chiefs.

The Texans got a boost from the return of J.J. Watt, who had a sack that helped spark his team. Houston scored 19 straight points to take the lead before Stephen Hauschka’s 47-yard field goal tied it with 5 seconds left to force overtime.

It was Watt's first game after sitting out since October with a torn pectoral muscle.

The win gives the Texans their first playoff victory since the 2016 season and extends Buffalo’s postseason losing streak to six games, with their most recent playoff win coming in 1995. It’s the first wild-card overtime game since the Broncos beat the Steelers 29-23 in the 2011 season.

This time Josh Allen and the Bills (10-7) used a dominant first half to build a 13-point lead and were up 16-0 in the third quarter.

Watson had 247 yards passing and ran for 55 yards and DeAndre Hopkins had 90 yards receiving.

Allen threw for 264 yards, ran for 92 and caught a touchdown pass on a trick play in the first quarter, but often looked rattled late in his playoff debut.