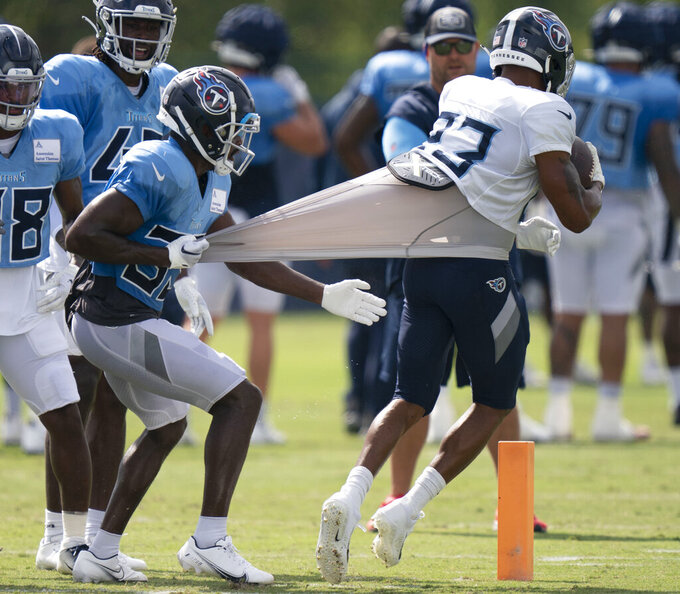 The Titans also signed defensive back Nate Brooks to the practice squad.

Moore hurt an ankle late in the first quarter of the Titans' opening loss to the New York Giants. He limped to the sideline following a Giants punt return, and Titans coach Mike Vrabel said Moore was a very solid special teams contributor who was building a role on defense.

Hand played only two snaps in the opener. Hand was signed to the practice squad before the final week of last season after four seasons with Detroit, who made him a fourth-round pick out of Alabama in 2018.

The 6-foot, 192-pound Brooks originally signed with Arizona as an undrafted free agent in 2019 and spent much of his rookie season on New England's practice squad. Miami signed him to the roster in December 2019, and he started two of three games with the Dolphins.

He was on Baltimore's practice squad in 2020 and played one game. He was in training camp with Tennessee in 2021 and spent a stint on the practice squad during the season.