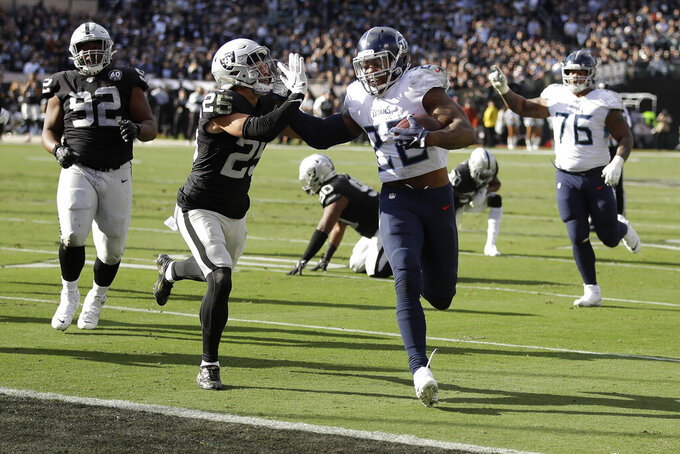 NASHVILLE, Tenn. (AP) — Derrick Henry’s status has been downgraded to questionable for the Tennessee Titans’ game Sunday with the New Orleans Saints as the Pro Bowl running back deals with a hamstring injury.

The Titans have promoted running back Dalyn Dawkins from their practice squad and waived outside linebacker Sarif Finch.

Henry rushed for 86 yards Sunday in a 24-21 loss to Houston despite not practicing all week leading up to the game. He has 1,329 yards this season to rank second in the NFL, behind only Cleveland’s Nick Chubb.

Dawkins has played one game this season. He signed with the Titans in 2017 as an undrafted free agent out of Colorado State and spent most of last season on the Titans’ practice squad.