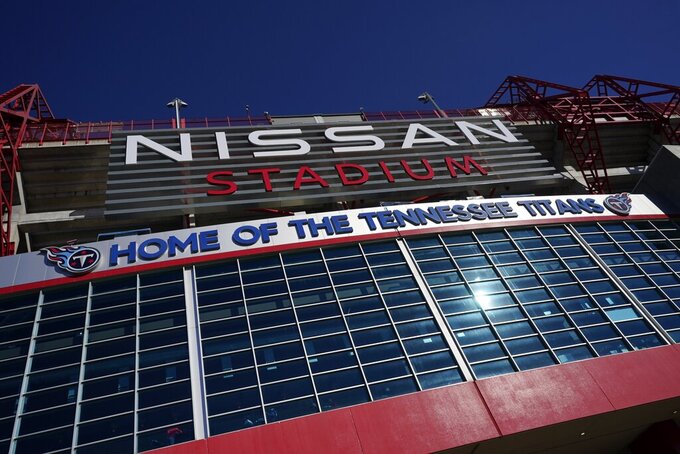 The Nissan Stadium is seen before the first half of an NFL divisional round playoff football game between the Tennessee Titans and the Cincinnati Bengals, Saturday, Jan. 22, 2022, in Nashville, Tenn. (AP Photo/Mark Humphrey)

NASHVILLE, Tenn. (AP) — The Tennessee Titans have scratched linebacker Rashaan Evans for their AFC divisional game after he started 11 of 12 games this season.

Evans was not on the injury report all week.

The Titans also scratched defensive lineman Teair Tart, while Cincinnati wide receiver Stanley Morgan sat. They were the only players questionable for this game. Tart has been dealing with an injured ankle that limited him all week after keeping him out of the Titans' regular-season finale in Houston.

Morgan was limited all week by a hamstring. He did not play in the Bengals' wild-card win over the Raiders, though he played 17 games during the regular season and got a start in Cincinnati's regular-season finale against Cleveland.