Titans will have Derrick Henry, not Jackson against Saints 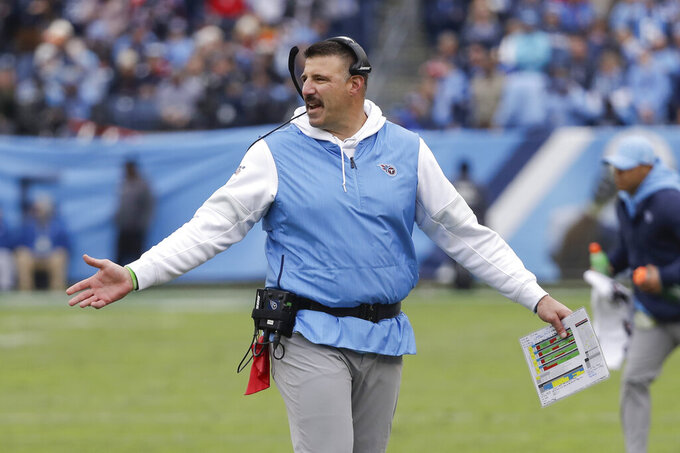 Tennessee Titans head coach Mike Vrabel watches from the sideline in the second half of an NFL football game against the Houston Texans Sunday, Dec. 15, 2019, in Nashville, Tenn. (AP Photo/James Kenney)

NASHVILLE, Tenn. (AP) — Pro Bowl running back Derrick Henry practiced fully Friday for the Tennessee Titans, who will be without starting cornerback Adoree' Jackson for a third straight game against the Saints.

Henry did not practice Thursday and was limited Wednesday. He ran for 86 yards in a loss to Houston despite not practicing at all last week leading up to the game.

Jackson practiced in a limited fashion Wednesday for the first time since injuring a foot Dec. 1 in a win at Indianapolis. But he did not practice either Thursday or Friday. That leaves the Titans (8-6) short-handed in the secondary going against Drew Brees and wide receiver Michael Thomas.

Wide receiver Adam Humphries also will miss a third straight game with an ankle injury. Defensive lineman Jeffery Simmons was added to the injury report Friday with a knee injury and is questionable.