Vikes put 5 on injured list to start camp, including Hughes 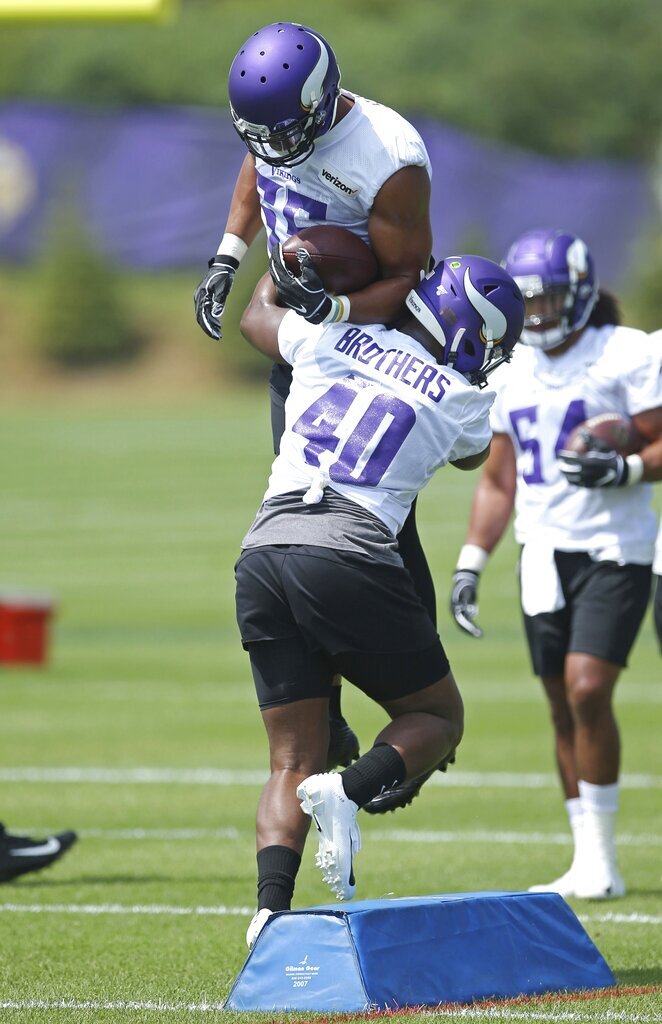 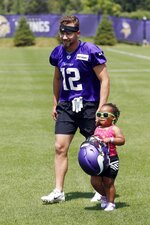 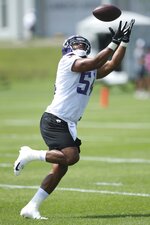 EAGAN, Minn. (AP) — Nine months removed from an ACL tear in his left knee, Minnesota Vikings cornerback Mike Hughes has yet to be cleared to return to action.

Considering the typical time range for recovery from the injury, the absence of Hughes — one of five players who were not deemed ready for full participation on the first day — from the first full-team practice of training camp was hardly alarming or surprising. Coach Mike Zimmer, however, revealed for the first time since Hughes was hurt in the sixth game of his promising rookie season that the 2018 first-round draft pick suffered a multi-ligament tear. That can mean a longer rehabilitation.

"He's ahead of schedule. He's doing great," Zimmer said Friday. He later added: "We'll get him out here when the time is right."

The Vikings have established starters at the outside spots in Xavier Rhodes, a two-time Pro Bowl pick, and Trae Waynes, who is in a contract year. Mackensie Alexander is, too, having taken the majority of the turns in the slot position in the nickel defense over the last two seasons.

More depth at cornerback could be necessary, though, given the additional time that Hughes might take to climb back into form, and that has made the eight-game suspension for Holton Hill all the more costly for both sides. Hill got a pair of four-game bans from the NFL, for violation of both the policies on performance-enhancing drugs and substances of abuse.

"Disappointed is not a good word for me," Zimmer said, tersely. "We don't know if he's even going to make the team. So we'll just see how that goes."

Hill was signed as an undrafted rookie last year, carrying mid-round ability but also, reportedly, a failed drug test at the scouting combine. He was a standout at Texas, a talent-rich program the Vikings have tried to mine again this season for a low-risk, high-reward boost at cornerback. Seventh-round draft pick Kris Boyd will likely have an even bigger window in which to make the team.

Hughes, tight end David Morgan and wide receiver Brandon Zylstra were placed on the physically unable to perform list. Defensive end Tashawn Bower and defensive tackle Shamar Stephen were placed on the non-football injury list, a paperwork differentiation since their setbacks did not occur during an official team function. They all remain on the active 90-man roster and can be reinstated to rejoin the team for practice at any time during the preseason.

Stephen, on track to start next to Linval Joseph in the base defense, has a minor injury that is "basically nothing," Zimmer said. Morgan sat out during spring practices, after missing five games last season because of a knee injury. Zylstra's injury has not been disclosed. Bower, a backup who has played sparingly his first two years in the league, tore an Achilles tendon while working out on his own at home. Zimmer declined to declare him out for the season, but that's likely the case.