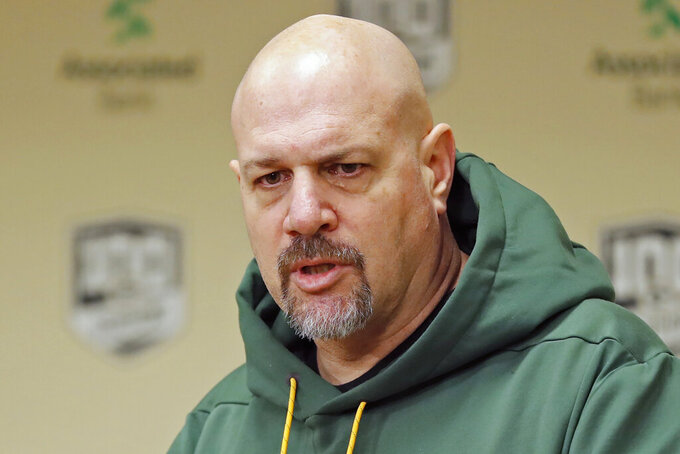 The full plate didn't stop Pettine from spearheading a pilot project designed for minorities seeking to enter the NFL coaching pipeline to further their development and increase their opportunities.

“The world is turning so fast I just felt it was too important to not try to get this up and running,” Pettine said Wednesday, as the Vikings announced the launch of a coaching diversity workshop at team headquarters.

They're hosting 12 coaching prospects — almost entirely from the college ranks — for a three-day conference that includes job shadowing, mock interviewing and a general immersion into the operation of an NFL team.

The idea came to Pettine about three years ago, while he was defensive coordinator with Green Bay. The pandemic followed and then he was out of a job with the Packers before he got things going.

Pettine was frequently concerned about the issue of getting minorities hired in positions of leadership. It's an issue that has long bedeviled a league with a Black-majority player pool. He turned his focus to the entry-level, quality control positions that can be effective resume-builders for future head coaches.

The NFL's Bill Walsh Diversity Coaching Fellowship, a program that's been in place for 30-plus years, often goes to position coaches and coordinators from college teams.

“This is going to take time," Pettine said. "I might be sitting on a beach somewhere drinking a margarita, being proud of the candidates from this class that make it, and hopefully future classes. I just think it’s something that’s more of a grassroots type of thing that will grow over time.”

Pettine said the Vikings had to turn away dozens of candidates. Here is the list of participants:

— Imarjaye Albury, who was an assistant defensive line coach for the Vikings the last two seasons after two years as a graduate assistant with Arkansas.

— Courtney Love, the director of player development at Kentucky.

— Roseanna Smith, the director of football operations and running backs coach at Division III Oberlin College. She is the only woman in the group.

“You’re just building relationships,” Pettine said. “There’s no promise of anything at the end of this, but I just think our exposure to them and making them better, you get a sense that somebody has the aptitude to excel at what we would ask them to do.”