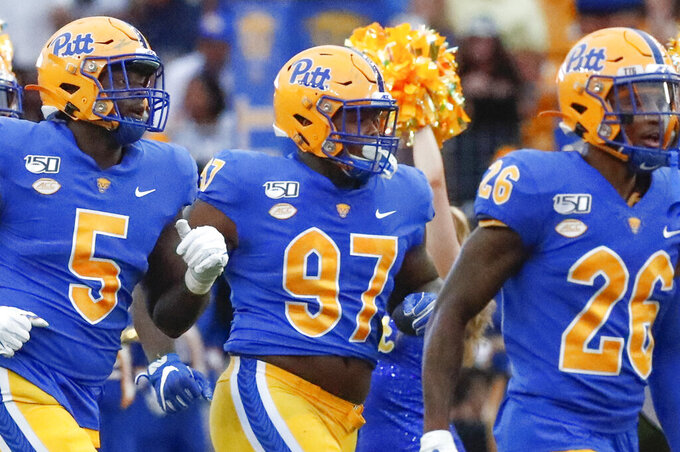 Twyman does not need surgery and is expected to make a full recovery from the exit wounds to his arm, shoulder, buttocks and leg, according to Rosenhaus.

The Vikings also confirmed the shooting, after being in contact with Twyman and family members.

“We are extremely thankful Jaylen is expected to make a full recovery,” the team's statement said.

ESPN first reported the news, which was confirmed by Rosenhaus to The Associated Press. He said he spoke earlier Monday to Twyman, who was selected in the sixth round out of Pittsburgh in the NFL draft two months ago.

The incident occurred in his native Washington, D.C., where Twyman was visiting during the team’s summer break. Rosenhaus said Twyman was simply in the “wrong place, wrong time.” Washington TV station WUSA reported that two other men also had nonfatal wounds from the shooting.

Twyman was the 199th overall pick, after opting out of the pandemic-shortened 2020 season with an eye toward providing financial help for his mother and brothers.

The 6-foot-1, 301-pound Twyman, was an All-Atlantic Coast Conference selection in 2019 after becoming Pittsburgh's first interior lineman to lead the team in sacks (10 1/2) since Aaron Donald in 2013. Donald, the six-time All-Pro for the Los Angeles Rams, has become a mentor to Twyman.

In 2014, then-Vikings defensive tackle Linval Joseph was struck in his calf by a stray bullet fired in a nightclub in downtown Minneapolis. His injury was not serious.