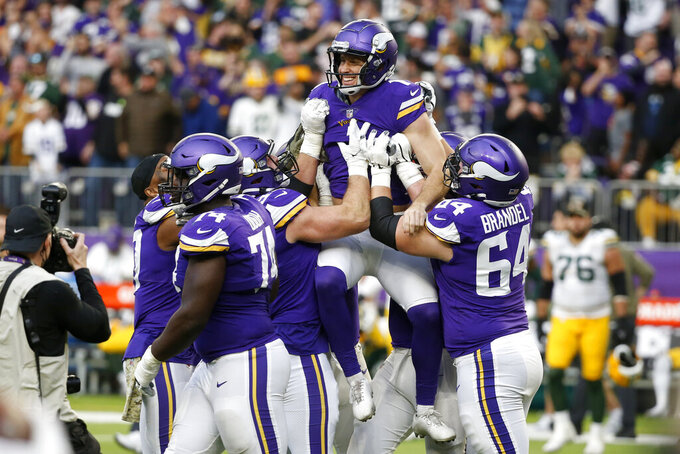 EAGAN, Minn. (AP) — The Minnesota Vikings have tendered a contract offer to restricted free agent kicker Greg Joseph, taking a step toward establishing some stability at a problematic position for the team.

Joseph received the right-of-first-refusal tender on Monday. That's a one-year, $2.433 million deal that gives the Vikings the chance to match any offer sheet he were to sign with another club. There is no draft-pick compensation tied to this move, the lowest of the four tender levels the NFL allocates for restricted free agents.

In his first season with Minnesota, Joseph went 33 for 38 on field goals (86.8%) and 36 for 40 on extra points (90%). He hit seven of nine tries from 50-plus yards, the second-most makes in that range in franchise history. Joseph also led the league in touchback rate (80.9 percent), landing 76 of his 94 kickoffs deep enough in the end zone so that opponents decided not to return them.

The low point for Joseph came in a one-point loss on Sept. 19 at Arizona, when he missed a 37-yard try as time expired. He rebounded with game-ending winners to beat Detroit on Oct. 10 and Green Bay on Nov. 21. Over the last 11 games, Joseph went 20 for 21 on field goals.

The 27-year-old native of South Africa joined the Vikings in 2021 as their fifth kicker in six seasons. Joseph was with Cleveland in 2018, Tennessee for a stint in 2019 and on Tampa Bay's practice squad in 2020.