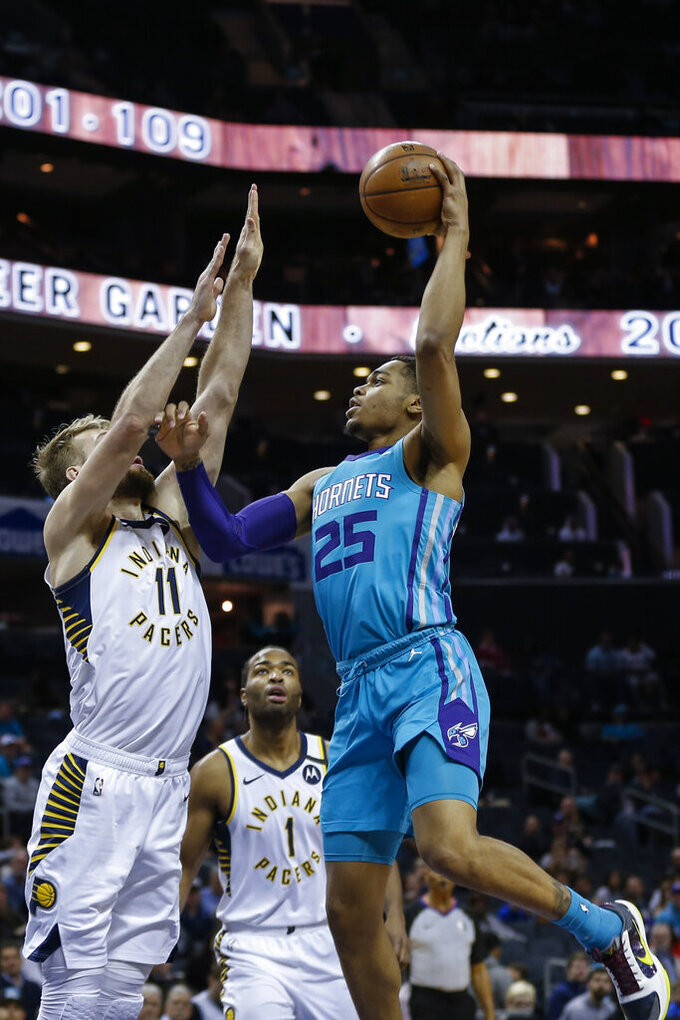 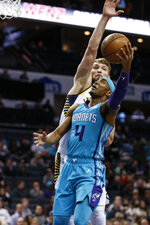 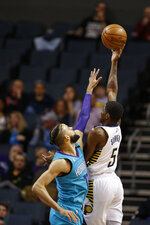 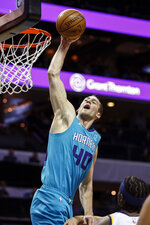 CHARLOTTE, N.C. (AP) — T.J. Warren scored 30 of his season-high 36 points in the second half, and the Indiana Pacers beat the Charlotte Hornets 115-104 on Monday night to snap a two-game skid.

Domantas Sabonis added 18 points, 12 rebounds and seven assists, and Miles Turner had 15 points and nine rebounds for the Pacers, who had lost four of their previous five. The Pacers, who are 15-4 at home, improved to 8-10 on the road.

Indiana outscored Charlotte 37-21 in third quarter behind 13 points from Warren to open a 14-point lead and held on for the win. Warren finished 15 of 24 from the field.

Terry Rozier had 28 points for the Hornets, whose two-game win streak ended.

Devonte Graham, who finished with 22 points and six assists, tried to bring the Hornets back late. He hit back-to-back 3s from the right wing, but Warren answered with a dunk and then turned a fast-break layup into a three-point play to push the lead to 11 with 1:30 left in the game.

The Pacers dominated in the paint, outscoring the Hornets 66-46.

Pacers: Jeremy Lamb had 11 points and 10 rebounds. ... Justin Holiday was ejected from the game after picking up two technical fouls for arguing a call with 9:45 left. ... Malcolm Brogdon (back) and Naz Mitrou-Long (sprained ankle) did not play.

Hornets: Marvin Williams (nasal fracture) did not play. ... Among those in attendance were rapper J. Cole and 2003 U.S. Open tennis champion Andy Roddick.

Pacers: Return home to host the Heat on Wednesday night.

Hornets: Back at home Wednesday night to face the defending NBA champion Raptors.