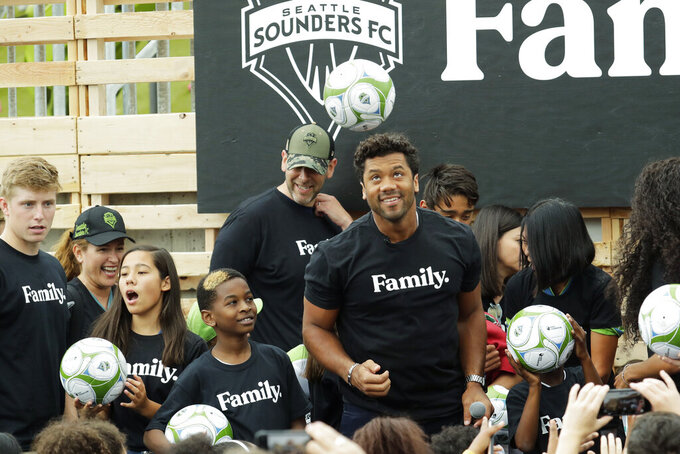 SEATTLE (AP) — Russell Wilson, Ciara and Macklemore say they are honored to be a part of the Seattle Sounders ownership group.

The Seattle Seahawks quarterback and his wife, along with the Grammy Award-winning hip hop artist, said at a Sounders event Monday that a sense of community drew them into joining the group. They are among several new investors who have bought into the franchise, taking up a share of the club previously owned by Hollywood producer Joe Roth.

Wilson says he's looking forward to enhancing the Sounders culture that has already been established. Wilson arrived at Monday's event just a few hours after returning from the Seahawks' second preseason game in Minnesota.