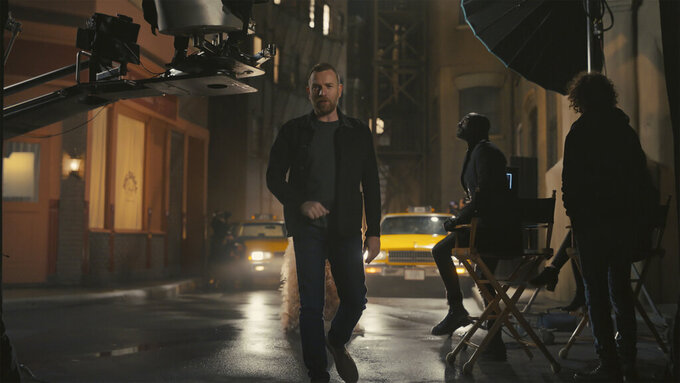 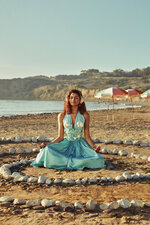 Who is your favorite celebrity? Chances are, they’re in a Super Bowl ad this year. While Super Bowl ads usually feature a bevy of big names, this year, advertisers have gone even further.

“The vast majority of ads are including big starpower, from athletes to actors to chefs,” said Kimberly Whitler, marketing professor at the University of Virginia.

So this year you can see “Euphoria" star Zendaya in an ad for Squarespace, Idris Elba of “Luther” in an ad for Booking.com, and even Gwyneth Paltrow eating her own candle in an ad for Uber Eats.

Marvel’s “Black Widow” star Scarlett Johansson and real-life husband Colin Jost of “SNL” poke fun at their marriage in an ad for Amazon that imagines what it would be like if their Alexa voice assistant could actually read their minds. But mind reading causes problems for the couple when Alexa orders mouthwash because of Johansson's morning breath and activates a blender when Johansson doesn't want to hear Jost talk about a spray tan.

BMW shows Arnold Schwarzenegger, as Zeus, the god of the sky (or in this commercial, the god of lightning) whose wife, Salma Hayek Pinault, gives him the EV BMW iX to spice up retirement.

The “Luther” actor explains while the name ”Booking.com" isn't flashy, the company is good at helping people book travel.

Scottish actor Ewen McGregor walks by the sets of famous ads of years past, telling viewers why the experience of travel will always be more worthwhile than spending money on “stuff.”

Paul Rudd and Seth Rogen reminisce comedically on the “good times” they’ve had over Lay’s — including being kidnapped by a stalker and Rogen's marriage to a creepy ghost.

Salesforce pokes fun at tech ambitions of going to space and conquering the metaverse. In an ad starring Matthew McConaughey that debuted during the Olympics but will also air during the big game, McConaughey floats around the globe in a hot air balloon and thinks space ambitions are “eh.” “It’s not time to escape, it’s time to engage” on Earth, he urges.

The website building and hosting company tells the story of Sally, a small business owner who is trying to build a seashell business. A riff on the “Sally Sells Seashells,” tongue twister, the spot features Zendaya as Sally and was narrated by Andre 3000.

Uber Eats ad wanted to get the message across that you can order household items and other sundries from it delivery service, not just food. In the ad, Jennifer Coolidge tries to eat paper towels, Gwyneth Paltrow tries to eat her famous Goop candle, Trevor Noah tries to eat a light bulb and Nicholas Braun from “Succession” tries to eat dish soap.

Verizon hasn't released its Super Bowl ad yet, but teasers hint that it stars Jim Carrey reprising his role in the 1996 movie “The Cable Guy."