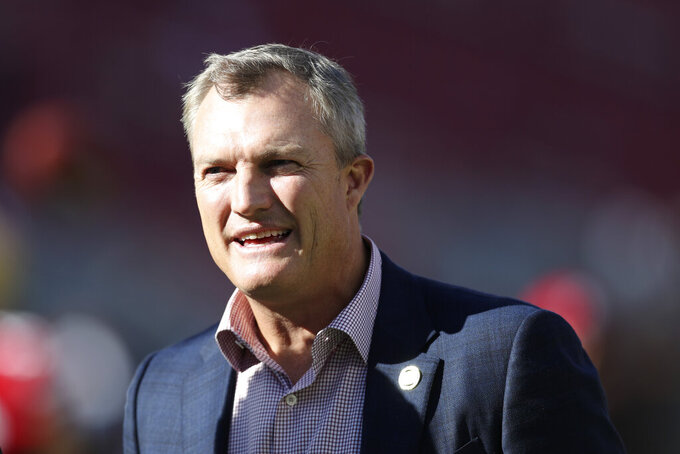 LAST SEASON: The Niners made it all the way to the NFC title game before falling to the eventual Super Bowl champion Rams. WR Deebo Samuel emerged as one of the top playmakers as both a runner and receiver to lead the offense, while a healthy season from edge rusher Nick Bosa helped the defense. Jimmy Garoppolo remained the starting QB despite San Francisco trading three first-round picks to draft Trey Lance third overall. Garoppolo was mostly healthy after missing significant time with injuries in two of the past three seasons, but showed some of the inconsistencies that led to the trade for Lance.

OUTLOOK: After making top 10 picks in four of five drafts with GM John Lynch and coach Kyle Shanahan, the Niners go into this draft without a first-round pick for the first time since 1996. San Francisco was mostly quiet in free agency outside of signing Ward and a few role players, and will likely look for help on the interior offensive line and in the secondary with nine draft picks. Adding more pass rush help also could be a focus as the Niners often use a deep rotation on the defensive line. There's also the tricky question about Samuel's future after he reportedly asked for a trade. If San Francisco grants the request it could come during the first round to allow the Niners to draft his replacement.