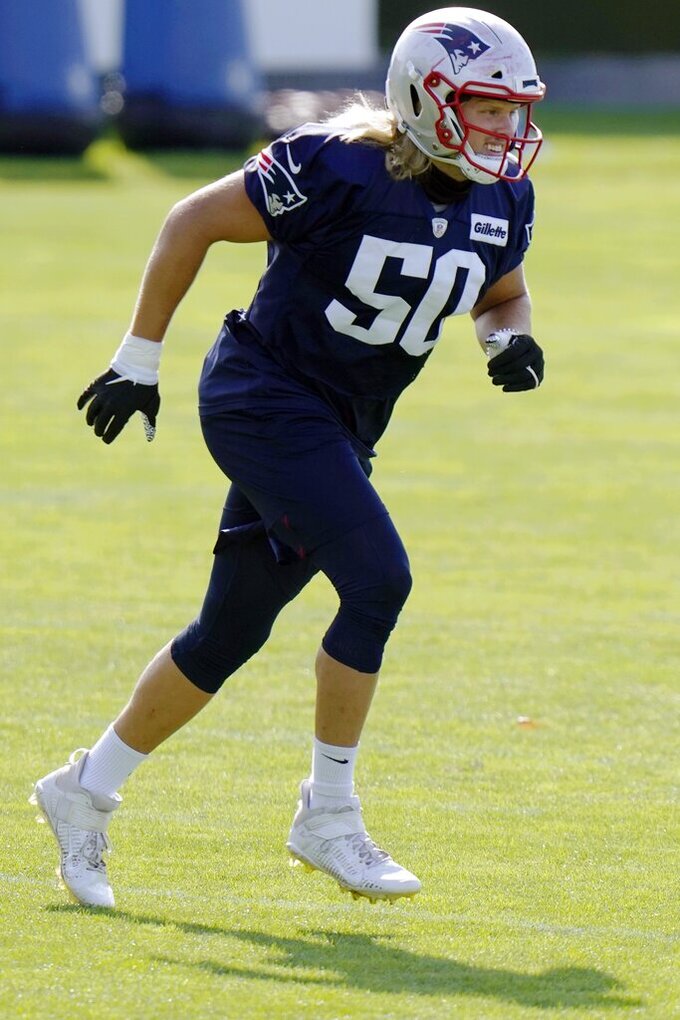 Johnathan Abram’s physical play and loud talking made him a player Jon Gruden felt would be a tone-setter for the Raiders defense last season.

Instead, the rookie safety injured his shoulder in the season opener and didn’t play again last season. Now Abram is one of several second-year players poised for a breakout season in 2020.

“You saw once he got on the field how much the energy changes on defense and how he’s really an enforcer out there,” Gruden said. “So, to have him out there for a yearlong basis, I feel like that really gives the defense a change of attitude.”

There were plenty of rookies who made an immediate impact last year with defensive end Nick Bosa helping the San Francisco 49ers make it to the Super Bowl, quarterback Kyler Murray reviving a dormant offense in Arizona and receiver A.J. Brown helping Tennessee reach the AFC title game.

Others played smaller roles whether it was because of injuries, adjusting to the pro game or other factors. While Abram’s season was cut short because of an injury, Tennessee first-round defensive tackle Jeffrey Simmons started late because of one.

The 6-foot-4 lineman was expected to be a top 10 draft pick in 2019 before tearing his left ACL in February, which dropped him to No. 19 overall and the Titans.

Simmons recovered in time to play nine games of the regular season and three playoff games. Simmons had two sacks even as he felt unable to cut or bend as he knows he can when fully healthy.

“We all got a glimpse of that last year when he came in and wrecked shop,” teammate DaQuan Jones said. “I’m just excited for him to come out there fully healthy and do what he does best, be a big, dominant player.”

When the Steelers traded away star receiver Antonio Brown last offseason, they used one of the two draft picks they got from the Raiders on Johnson in the third round. He showed flashes as a rookie with 59 catches for 680 yards and five TDs despite substandard quarterback play from Mason Rudolph and Devlin Hodges. With a healthy Ben Roethlisberger this season, Johnson could be the latest star receiver in Pittsburgh drafted after the first round.

The third-round pick last year was only a part-time player as a rookie, getting on the field for less than one-third of the defensive snaps. But he produced in that limited time with 5 1/2 sacks and 26 quarterback pressures on 203 pass rush opportunities, according to SportsInfo Solutions. With Dont'a Hightower having opted out this season, and Jamie Collins and Kyle Van Noy leaving in free agency, Winovich will have to carry a much bigger load in year two.

The third-round pick missed more than half of his rookie season with an ankle injury and didn’t catch a single pass in the regular season. He did catch a TD pass in the NFC title game against San Francisco but will be counted on to contribute much more this season after Jimmy Graham left in free agency. With questions at wide receiver behind Davante Adams, quarterback Aaron Rodgers needs another dependable option in the passing game and Sternberger could provide just that.

After going undrafted a year ago, Williams had 32 catches for 428 yards and three TDs before a knee injury ended his season after eight games. Williams was tied for the NFL lead among rookies in catches and ranked fourth in yards receiving at the time of his injury but he’s recovered now. There should be plenty of opportunities in Miami, especially after Allen Hurns and Albert Wilson both opted out this season.

The No. 9 overall pick had five sacks as part of one of the NFL’s stingiest defenses last season. But Oliver has the potential to be a game-breaker and could emerge as one of the top pass-rushing interior defensive linemen this season.

The top pick in the second round struggled as a rookie, allowing the most TD passes (nine) of any player in 2019, according to SportsInfo Solutions. Murphy could have less pressure this season with Patrick Peterson expected to play all year after being suspended the first six games a year ago. The Cardinals had been hoping to move Murphy into the slot this season but might have to keep him outside after Robert Alford went down with a season-ending injury for the second straight year.