Analysis: Bad NFL teams getting blown out is a common theme 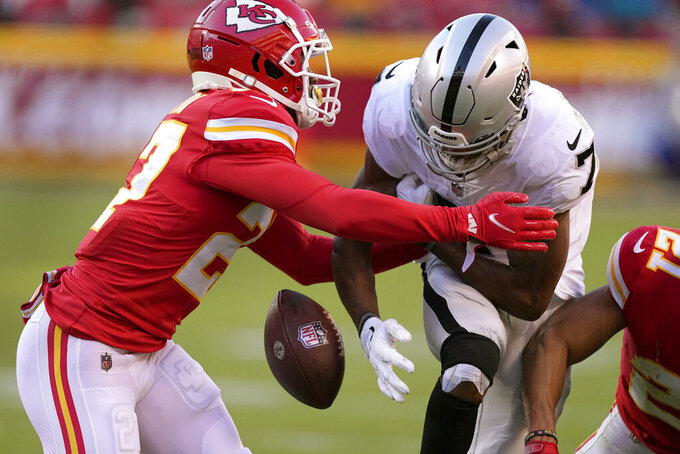 TAMPA, Fla. (AP) — Josh Allen wouldn’t let Tom Brady and the Tampa Bay Buccaneers cruise to a lopsided victory after the Buffalo Bills fell behind by 21 points at halftime.

Allen led an impressive comeback with his arm and legs to force overtime before Brady connected with Breshad Perriman for a 58-yard catch-and-run touchdown to win it.

Several other teams didn’t show Buffalo’s fight on Sunday. Most had less at stake.

Seven games were decided by 15 or more points, including five by at least 20.

Considering the teams on the losing end, it wasn’t a surprise.

“It’s going to flip,” Jets coach Robert Saleh promised after a 30-9 loss to New Orleans. “This crappy part is part of the process, but at the same time it’s not discouraging by any sense of the imagination because we’ve got a lot of young guys getting a lot of good playing time. And I promise you they’re learning from all this.”

Jets fans can’t be blamed for being skeptical. New York will miss the playoffs for the 11th straight year and has had only one winning season in that span.

Coming off its first win of the season, Detroit stayed close for a half in Denver. The Broncos then pulled away for a 38-10 win.

They’ve been saying the same thing for decades in Detroit. The Lions haven’t won a playoff game since 1992.

The dysfunctional Jaguars lost 20-0 at Tennessee following a report that rookie coach Urban Meyer and his staff aren’t getting along. Jacksonville has just one winning season in the last 14 years yet has suffered more embarrassment under Meyer in only 13 games.

“It hasn’t exactly materialized the way I expected it to have, the experience of winning games,” said Meyer, a three-time national champion at Florida and Ohio State who has learned it’s not easy to win in the NFL.

The Texans fell to the Seahawks 33-13, their 23rd loss in 29 games. They couldn’t win with Deshaun Watson last year. They can’t win with him getting paid to sit out games this season.

Houston visits Jacksonville next week. The winner may be the real loser for dropping a spot in the draft order.

The Giants are one loss away from securing their fifth straight losing season and eighth in nine years after a 37-21 loss to the Chargers. The biggest question in New York will be coach Joe Judge’s job security after only two seasons.

“I am the head coach and everything in this program reflects on me,” Judge said. “I will never shy away from that. I do not make any excuses and I do not hide from that either. I am not a finger pointer. I am not an excuse maker and I am never trying to deflect anything. In terms of the direction the program is going, there is a lot of things that I see week after week with our players and where we are going that I am encouraging all the way. Sometimes that is tough to see externally, but these are the key foundational pieces that are being put in place and we are making lots of progress going forward.”

Others may need a microscope to see the progress Judge is talking about.

The worst loss of the day belonged to Las Vegas. The Chiefs routed the Raiders for the second time in five games. Kansas City won this one 48-9. The Raiders (6-7) are clinging to playoff hopes, but they’ve lost five of six and aren’t going anywhere.

“I try my best to stay positive, but it sucks,” Las Vegas quarterback Derek Carr said.

He could’ve been speaking on behalf of many players on the bad teams that were blown out.