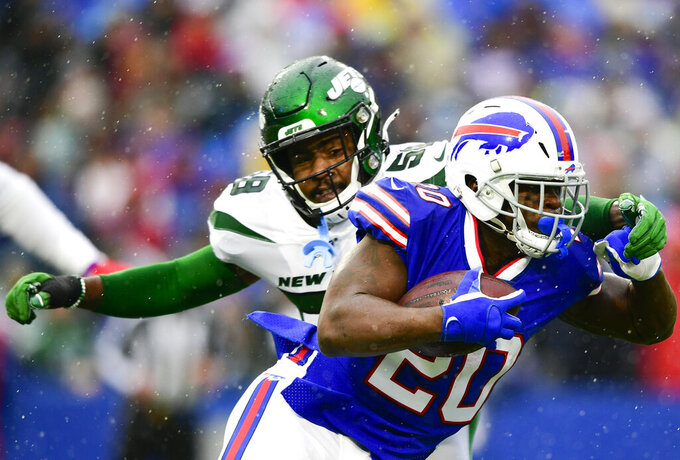 NEW YORK (AP) — A person with direct knowledge of the contract says the New York Jets and outside linebacker Jordan Jenkins have agreed to terms on a one-year deal.

The person spoke to The Associated Press on condition of anonymity Monday because teams can't announce deals until contracts are officially signed.

Terms weren't immediately available, but NFL Network reported the deal is worth $5 million.

The news on Jenkins came a few hours after the Jets also brought back inside linebacker James Burgess on a one-year contract, agent Drew Rosenhaus told The Associated Press.

The 25-year-old Jenkins was the Jets' third-round draft pick out of Georgia in 2016. He has 20 1/2 sacks in his four-year NFL career, including 15 the last two seasons.

It seemed uncertain whether Jenkins would return to New York when free agency started, with pass-rushing outside linebackers in strong demand. But, Jenkins opted to return to the Jets as the second wave of free agency began over the last few days.

Jenkins has been a solid and reliable player for New York, which will likely look to complement him by adding more pass-rushing outside linebackers in free agency or the draft. The Jets lost fellow outside linebacker Brandon Copeland, who had 6 1/2 sacks the past two seasons and signed with the Patriots.

Jenkins has started 50 games for New York and has seven passes defensed and six forced fumbles.

Burgess started the final 10 games of last season at inside linebacker for the Jets after injuries decimated the position. The 26-year-old linebacker is a favorite of defensive coordinator Gregg Williams, who also coached him in Cleveland. Burgess finished second on the team to Pro Bowl safety Jamal Adams in total tackles with 90.

Burgess was signed to the practice squad after the season opener, when C.J. Mosley was injured, and was promoted to the active roster in late October. He became a consistent playmaker and reliable tackler for the Jets, who also lost Avery Williamson to a season-ending injury in the preseason.

New York also brought back another backup-turned-starter at linebacker last Friday, when it agreed to terms on a one-year deal with Neville Hewitt. Burgess and Hewitt ended up starting at inside linebacker together during the Jets' final seven games.