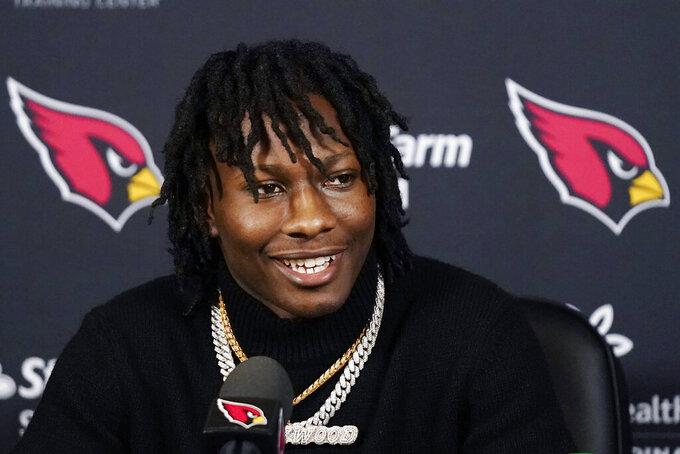 Arizona Department of Public Safety spokesman Bart Graves confirmed that Brown was arrested at 7:05 a.m. in Phoenix and booked in the Maricopa County Jail.

No other details were immediately available.

“We are aware of the situation regarding Hollywood Brown and have reported it to the NFL office as required,” the Cardinals said in a statement. “We will comment further as appropriate.”

Brown was acquired in a draft-day deal with the Baltimore Ravens and is expected to play a big role in Arizona's offense, especially during the first six weeks when three-time All-Pro DeAndre Hopkins is out because of a suspension for violating the league's policy on performance-enhancers.

In Arizona, criminal speeding is defined as anything 20 mph over the posted speed limit. It is a misdemeanor.

Brown caught 91 passes for 1,007 yards and six touchdowns for the Ravens last season. The receiver hasn't practiced much during training camp because of a hamstring injury he suffered while working out on his own in July.

Brown was not seen at Wednesday's practice. It was unclear if coach Kliff Kingsbury knew about Brown's arrest during his media availability earlier Wednesday morning, which was shortly before the receiver's arrest became public.

He did address Brown's health, saying he hoped the 25-year-old would be ready to practice without limitations sometime in the next week.

“We'll see,” Kingsbury said. “We had hoped maybe this weekend, but we're going to be smart. When he's back, I want him full speed and confident. Playing in a new system, you don't want him thinking too much about anything physically. He's going to have enough thinking going on, so I would guess maybe this weekend.”