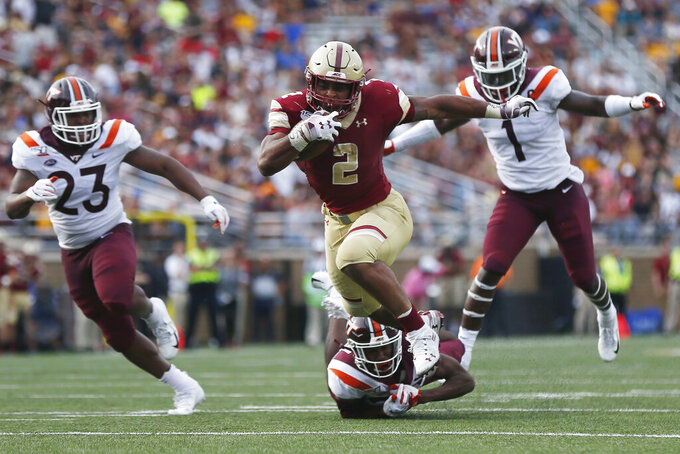 BOSTON (AP) — Boston College running back AJ Dillon says he is skipping his senior season and entering the NFL draft.

The junior announced his decision in a statement released Tuesday by the school. He will not play when BC meets Cincinnati in the Birmingham Bowl Jan. 2 in Alabama.

“Ever since I was a kid playing Pop Warner, it was always my dream to play in the National Football League,” Dillon said in the statement. “To have this opportunity now to go chase a childhood dream is all I could ever ask for."

Dillon was named to the All-ACC first-team in 2019 for the third consecutive season.