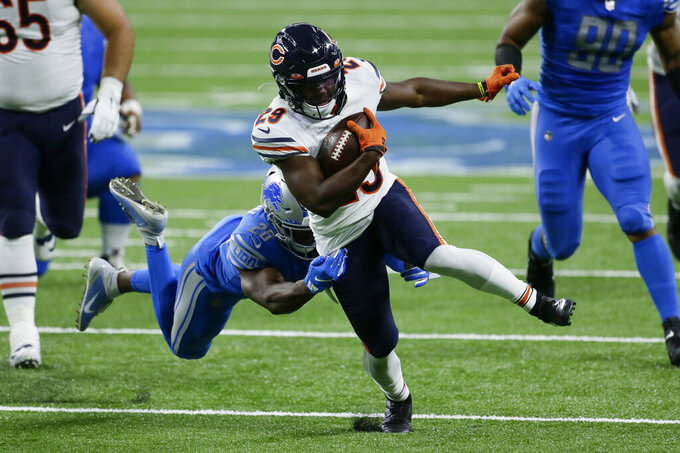 CHICAGO (AP) — The Chicago Bears have agreed to a three-year contract extension with running back and return specialist Tarik Cohen.

The deal announced Sunday guarantees about $9.5 million and could be worth $18.25 million, agent Drew Rosenhaus said.

Drafted by the Bears out of North Carolina A&T in the fourth round in 2017, the speedy and versatile Cohen has been an important contributor on offense and special teams.

He was an All-Pro as a punt returner in 2018, when he returned 33 punts for 411 yards. Cohen also ran for 444 yards that year and led the team in yards receiving with 725. His production dipped last year with 213 yards rushing and 456 receiving.

The Bears, who rallied for a season-opening win at Detroit last week, hosted the New York Giants on Sunday.