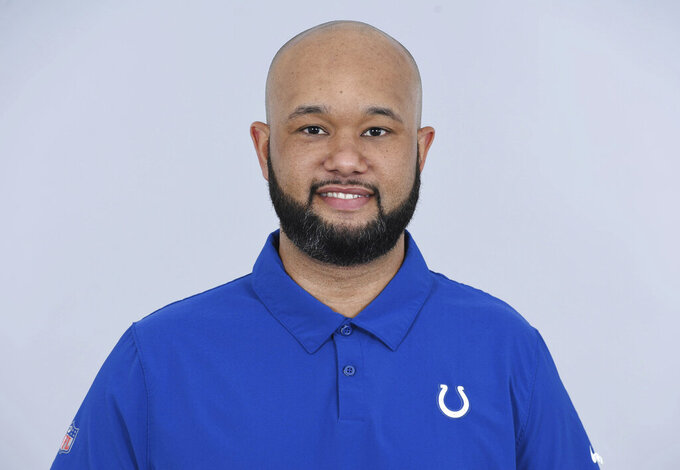 FILE - James Rowe of the Indianapolis Colts NFL football team poses for a photo in March 2021. The Chicago Bears hired Rowe as defensive backs coach Friday, Feb. 4. Rowe is the latest assistant to follow new coach Matt Eberflus from Indianapolis to Chicago after coaching the Colts' cornerbacks this past season. (AP Photo, File)

Rowe has coached for 15 years — four in the NFL. The Colts ranked second in the league with 33 takeaways and tied for third in interceptions with 19 in his lone season with them. Cornerback Kenny Moore II made his first Pro Bowl after finishing with four interceptions and a team-high 13 passes defensed.

Rowe was also an assistant with the Washington Commanders from 2017 to 2019.

Eberflus was hired last week for his first NFL head coaching job, replacing the fired Matt Nagy, after he spent the past four years as Indianapolis’ defensive coordinator. The Bears also have a new general manager, with Ryan Poles taking over for Ryan Pace.