Bengals' Higgins, Bates out with injuries for Jaguars game 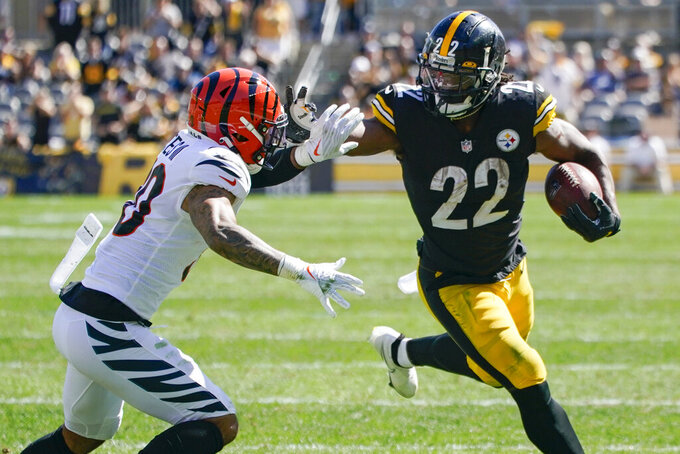 CINCINNATI (AP) — The Cincinnati Bengals will be without receiver Tee Higgins and safety Jessie Bates for their Thursday night matchup with the Jacksonville Jaguars.

And the team likely will be missing cornerback Chidobe Awuzie (groin) and guard Xavier Su’a-Filo (knee). Both were listed Wednesday as doubtful.

However, cornerback Trae Waynes is expected to make his Bengals debut. He signed a three-year, $42 million deal with the team before the 2020 season, but missed the entire year with a pectoral injury. He's been bothered this season by a hamstring injury.

Higgins, the Bengals leading receiver in 2020, will miss his second game with a shoulder injury. Bates, a key player in the team's retooled defense, didn't miss any time in last week's win over the Steelers, but is unable to play because of a neck injury.

Awuzie was injured during the Steelers game. Su’a-Filo was out last week, replaced by rookie Jackson Carman at right guard. Carman did not allow a sack or hit on quarterback Joe Burrow.

The Jaguars will be without kicker Josh Lambo and defensive tackle Roy Robertson-Harris.

Lambo missed two extra points in Sunday’s 31-19 loss to Arizona and has missed all three of his field-goal attempts in three games. Robertson-Harris also was out for Sunday's game.