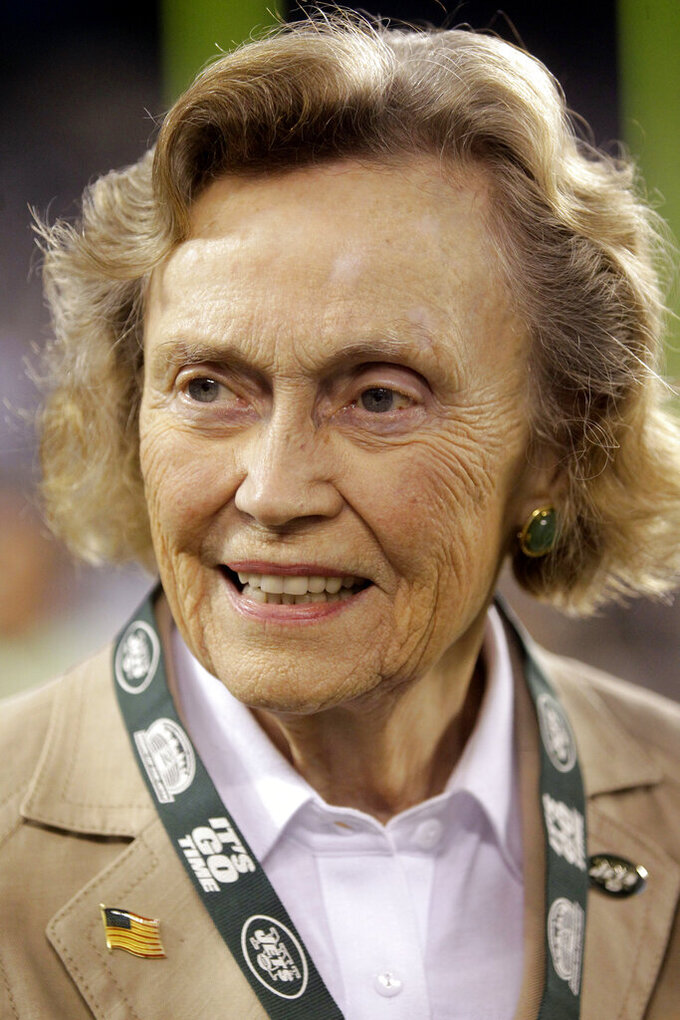 FILE - In this Sept. 11, 2011, file photo, Betty Wold Johnson smiles on the sideline before an NFL football game between the New York Jets and the Dallas Cowboys in East Rutherford, N.J. Johnson, the mother of Jets owners Christopher Johnson and Woody Johnson, has died. She was 99. The Jets announced her death Friday, May 8, 2020, on their website, but did not provide details. (AP Photo/Julio Cortez, File)

The Jets announced her death Friday night on their website, but didn't provide details.

Betty Wold Johnson was often referred to as “The First Lady of the Jets” by players, and called them her “grandchildren.” She was renowned for her philanthropic efforts and was a long-time contributor to arts, education and healthcare initiatives in the New York and New Jersey areas.

Christopher Johnson is currently the Jets' chairman and CEO, while Woody Johnson is serving as the U.S. ambassador to the United Kingdom. Woody Johnson purchased the team in 2000 and the franchise became an important part of his mother's life.

“There are very few people in this world who live to 99,” Pro Football Hall of Famer Curtis Martin told the Jets' website. “And I’m sure if you go back and look at everything she did for other people, you could probably write a book on her from a philanthropic standpoint. She had such a charitable heart and a charitable way about her.”