Bills have plenty of depth options to address in NFL draft 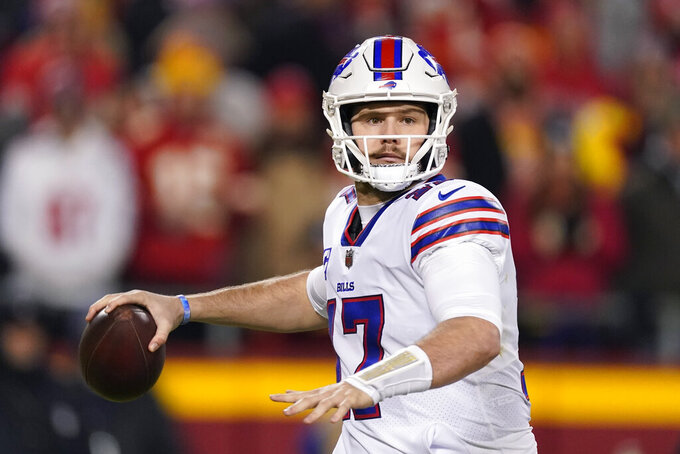 LAST SEASON: A mere 13 seconds separated the Bills from reaching the AFC championship game for a second straight year. Instead, Buffalo allowed the Chiefs to gain 44 yards on two plays to set up Harrison Butker’s tying 49-yard field goal as time expired. Buffalo lost the coin toss and never got the ball in overtime of a 42-36 loss to Kansas City. The Bills’ collapse cast doubts on the sturdiness of a defense which led the NFL in numerous categories, including fewest yards and points allowed, and furthered the narrative of Buffalo padding its record against weaker opponents. Buffalo went 2-4 in the regular season against teams that made the playoffs. The Josh Allen-led offense lacked balance for the much of the season before running back Devin Singletary secured the lead job in the final month. Singletary’s emergence helped Buffalo close the season with four straight wins and claim its second consecutive AFC East title.

OUTLOOK: So long as Allen stays healthy, the Bills should be odds-on favorites to win their third consecutive AFC East title, with the real challenge coming against a conference filled with elite-caliber quarterbacks. The AFC’s QB arms race is a reason GM Brandon Beane placed an emphasis on improving Buffalo’s middling pass rush. Highlighted by Miller’s addition, Beane is counting on a sturdier pass rush taking the pressure off Buffalo’s secondary holding up in coverage. The offense is undergoing transition, with Ken Dorsey taking over as coordinator following Brian Daboll becoming head coach of the Giants. Though the offense will continue to revolve around Allen, expect Dorsey to place a little more emphasis on running the ball.