Bills OL Saffold out with rib injuries after car accident 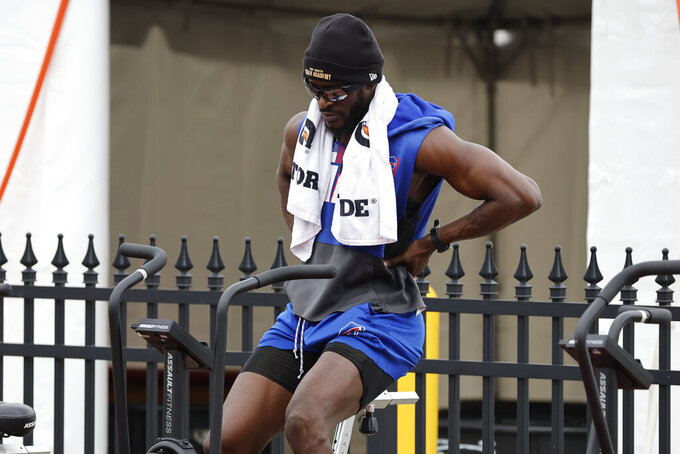 Coach Sean McDermott said the accident happened over the past few weeks, but didn't provide further details on the accident. General manager Brandon Beane said Saffold has cracked ribs and that he's having trouble sleeping because of soreness.

Without providing a timetable, Beane anticipated Saffold would be cleared for practice before the start of the season.

Saffold, 34, opened camp on the non-football injury list. The 13-year veteran was projected to compete for the starting job at left guard after signing a one-year contract in free agency.

The Bills opened camp with three players on the physically unable to perform list, including starting cornerback Tre’Davious White, who is recovering from November's season-ending left knee injury. White was spotted working out on his own on the sideline.