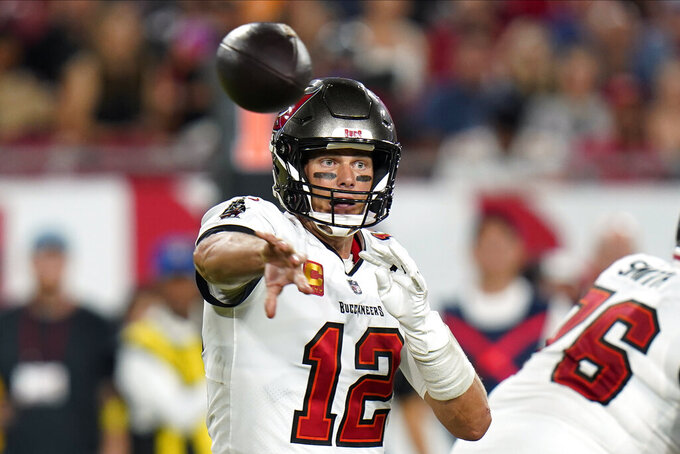 Brady did not participate Wednesday after taking a hard hit on his throwing shoulder when he was sacked by Kansas City cornerback L’Jarius Sneed and fumbled during last Sunday night’s 41-31 loss to the Chiefs.

Bowles missed practice for a personal reason and is expected back on Thursday.

Brady was sacked late in the first half, losing a fumble that led to a Chiefs touchdown. The 45-year-old quarterback remained in the game and finished 39 of 52 passing for 385 yards, three TDs and no interceptions.

Brady was asked about his shoulder during his postgame news conference.