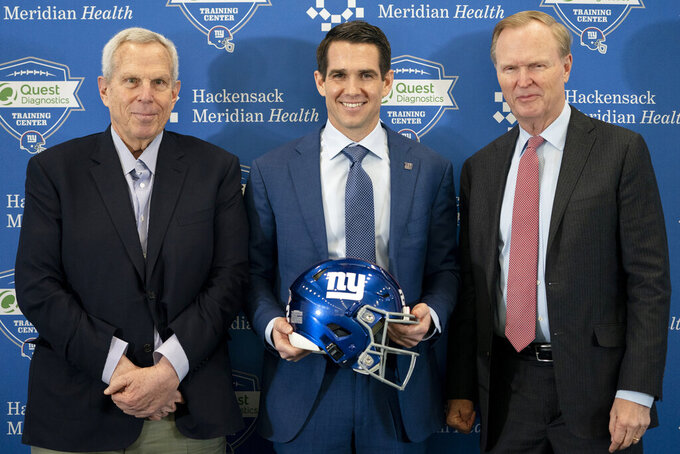 The Giants have interviewed six men for the job that opened on Jan. 11 when Joe Judge was fired after a 4-13 record this past season. The former New England Patriots special teams coordinator was 10-23 in two seasons.

Flores was let go by the Dolphins despite having winning seasons the past two years. He was 24-25 overall in three years. He previously had worked for the Patriots, where he won four Super Bowls as an assistant coach.

Flores' best season was in 2020 when the Dolphins posted a 10-6 record, but did not make the playoffs. They were 9-8 this past season.

After firing Flores, Dolphins owner Stephen Ross said he was concerned about the lack of communication within the team’s brain trust. He retained general manager Chris Grier.

“That’s certainly one of the things that we’re going to ask Brian,” Mara said Wednesday after a news conference to introduce Schoen. “I discussed it with him briefly when I spoke to him a week ago, but we’re going to spend some time on that when he comes in tomorrow.”

Mara said he also reached out to Flores because he knew he was being interviewed by other teams and he wanted him to know the Giants wanted to interview him.

Flores played linebacker at Boston College after attending Poly Prep, where he was a running back and linebacker.