Broncos' top priority: breaking out of their September swoon 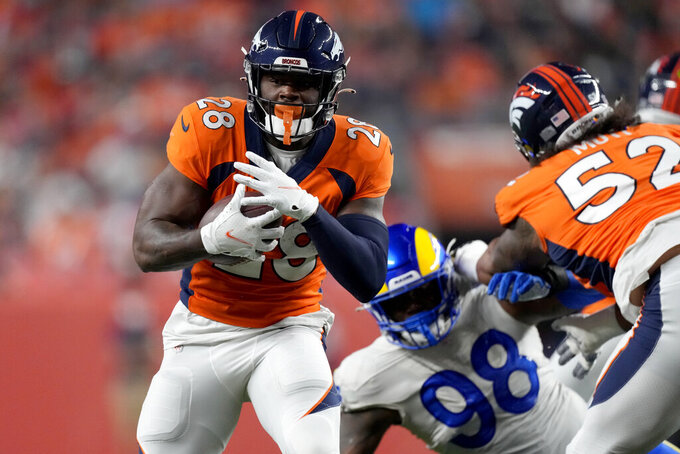 ENGLEWOOD, Colo. (AP) — It took until October each of the last two seasons for the Denver Broncos to get into the win column. A faster start is the top priority for a team that sports more talent, better depth and a relatively soft September schedule.

The team's 0-7 September record under coach Vic Fangio isn't something the players have shied away from addressing in the locker room, defensive end Shelby Harris said Wednesday.

“We've talked about it before because it's like, ‘How are we going to change it?” Harris said. “It’s not like a secret, you know? We suck in September.

"So, ... we've got to come out the gate faster, and that's something that we all emphasize and want to fix and correct."

Fangio said this roster, which was reinforced by new GM George Paton, is the best he's had in Denver.

“I think we have more depth and more overall talent,” he said. “I think we're definitely a deeper team across the board and now we've got to go out and prove that we're a good team.”

Which starts by beating teams that aren't as good.

The Broncos have been amongst the worst in the league since their last winning record in 2016 but they have high hopes of contending again after Paton's offseason retooling.

The Broncos open with road games against the Giants and Jaguars before hosting the Jets this month.

Starting fast takes discipline and not just on offense or defense but on special teams, the Broncos' biggest bugaboo for the last few seasons and again this summer.

The Broncos addressed their shoddy special teams play by trading for linebacker Jonas Griffith from the 49ers on cutdown day and they beefed up the units again Wednesday when they claimed cornerback Mike Ford (Lions) and running back Nate McCrary (Ravens).

“Two hard choices,” Fangio said. “We liked them both. In Royce's situation, he always was dependable. I'm sure he's going to get claimed here in the next 24 hours. And it was a tough decision. We liked Royce. And Jonathan's a good, young defensive lineman who we thought was progressing."

In three seasons with the Broncos, Freeman, a third-round pick in 2018 out of Oregon, averaged 4 yards per carry for 1,187 yards and eight touchdowns and caught 83 passes for 409 yards and a touchdown.

Boone and Ojemudia are eligible to return after the third week of the season.