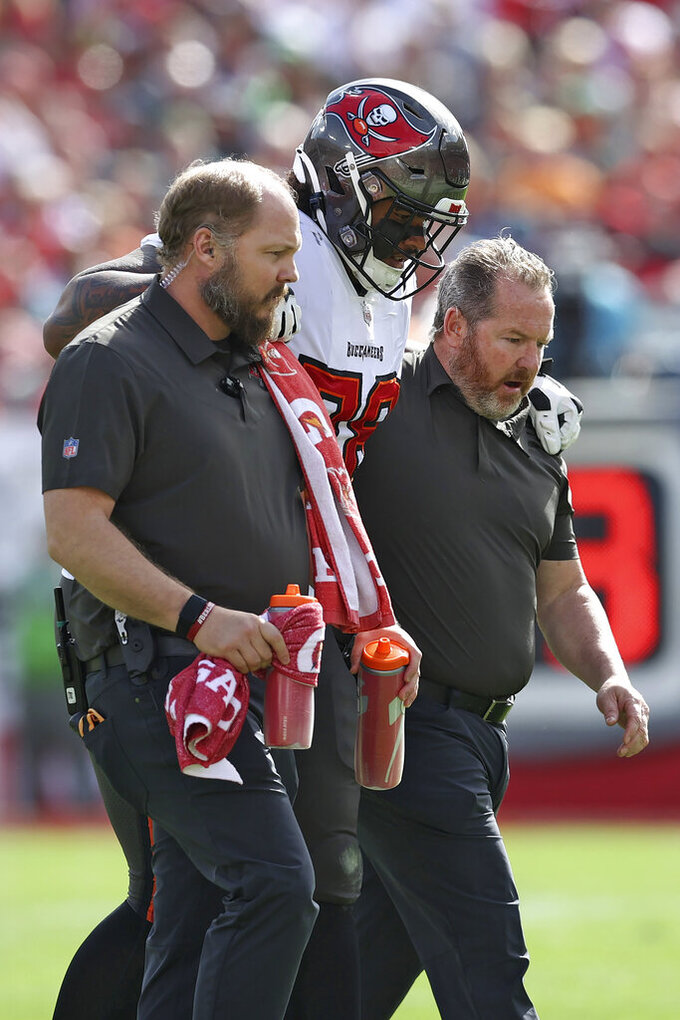 Tampa Bay Buccaneers offensive tackle Tristan Wirfs (78) is helped off the field after getting injured against the Philadelphia Eagles during the first half of an NFL wild-card football game Sunday, Jan. 16, 2022, in Tampa, Fla. (AP Photo/Mark LoMoglio)

Wirfs was hurt during the previous week’s wild-card victory over Philadelphia and had been listed as questionable. Pro Bowler Ryan Jensen also injured an ankle against the Eagles, but will play against the Rams.

Wirfs, who had played every offensive snap this season before going down last week, will be replaced in the starting lineup by Josh Wells.

Leading rusher Leonard Fournette is in uniform for the defending Super Bowl champions after being activated from injured reserve on Saturday. He missed the final three weeks of the regular season, plus last week’s playoff game against the Eagles with a hamstring strain.