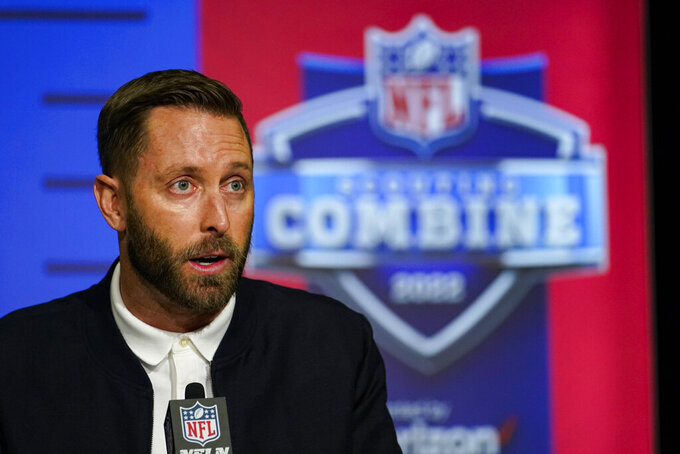 NEEDS: The Cardinals are certainly in “win now” mode entering the fourth and final season of QB Kyler Murray's rookie deal. Arizona has to decide if it can re-sign Jones, who has totaled 71 1/2 sacks with the franchise over six seasons. The Cardinals also might look for veteran help at linebacker after releasing Jordan Hicks. There could be significant turnover among the team's offensive skill position players. The Cardinals are looking for options at their No. 2 and 3 receivers behind DeAndre Hopkins. Arizona has already re-signed a few key offensive pieces, including TE Zach Ertz, RB James Conner and backup QB Colt McCoy. McCoy had a 2-1 record as the starter when Murray was out with an ankle injury. Conner had 15 rushing touchdowns last season.