Cards' Murray out vs. 49ers because of hamstring injury 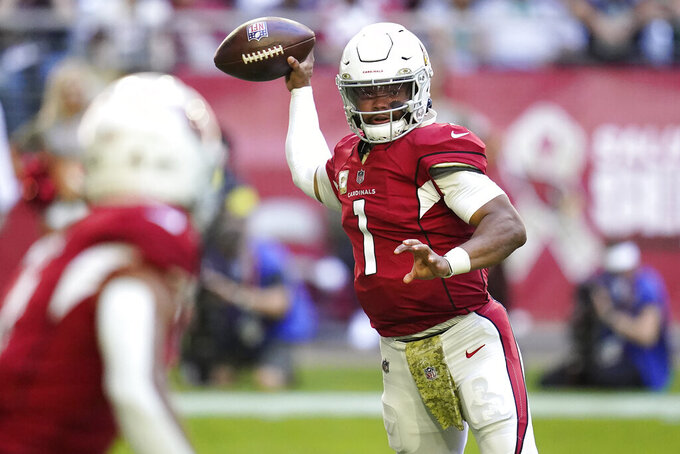 The two-time Pro Bowler was listed as inactive for Monday night's game against the San Francisco 49ers at Estadio Azteca in Mexico City. He was on the field during pregame warmups, jogging and throwing in a hooded sweatshirt.

Backup Colt McCoy will start in Murray's place. The 36-year-old was 26 of 37 passing for 238 yards and a touchdown in a 27-17 win over the Los Angeles Rams last weekend.

McCoy has a 3-1 record in spot starts over the past two seasons when Murray has been hurt.

Arizona (4-6) is trying to win its second straight game while San Francisco (5-4) is going for three wins in a row. Both still have playoff hopes in a crowded NFC race.

The Cardinals did get some good news before Monday's game: Three-time All-Pro DeAndre Hopkins, who is also nursing a sore hamstring, is active.