Commanders hope to do more with Carson Wentz at quarterback 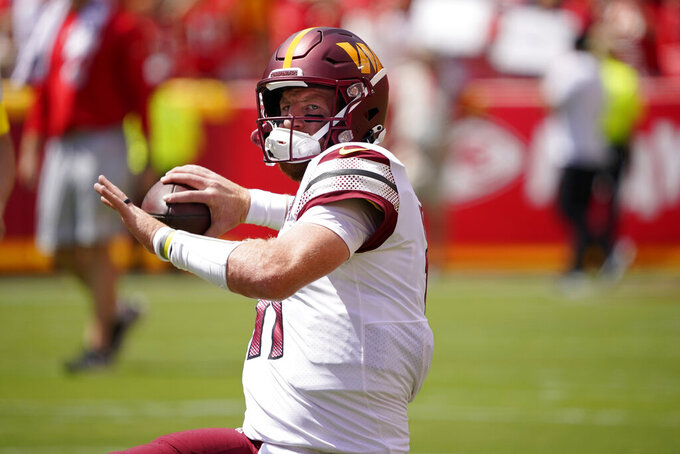 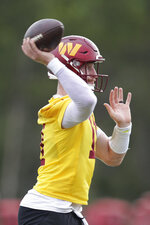 Strengths: The offense should be able to do more downfield with the acquisition of Wentz serving as an upgrade over Taylor Heinicke, at least in terms of being a polished professional quarterback with prototypical size. The Commanders also made sure to build up the talent around Wentz, drafting a sure-handed option in the passing game in the first round in Dotson and shoring up the run with Robinson, who could start over 2020 pick Antonio Gibson.

Weaknesses: Even with pass rusher Chase Young out for at least the first four games of the season while recovering from a torn ACL, expectations are the defense will be better after a rough showing in 2021. But the bar is no longer second in the NFL, Washington's biggest strength two years ago on the way to a division title and playoff appearance, and it remains to be seen if the unit can be a difference-maker. Coach Ron Rivera hopes continuity helps, but a lack of veteran linebackers could hurt.

Camp Development: A combination of Gibson fumbling in the preseason opener and Robinson flashing some shifty moves in games and practices puts the running back position in flux. With J.D. McKissic returning as primarily a pass-catching back, Robinson could get the bulk of the carries with Gibson relegated to backup and potentially kick-returning duties. Injuries along the offensive line also bear watching.

Fantasy Player To Watch: Top wide receiver Terry McLaurin will catch plenty of passes from Wentz, but if training camp is any indication, keep an eye mostly on the tight ends. Logan Thomas will eventually be the safety valve, though 6-foot-6 fifth-round pick Cole Turner and 6-foot-8 undrafted rookie Curtis Hodges could also factor in.

Expectations: Making the playoffs is undoubtedly the goal, even though Rivera will only say the object of the season is winning. Everything Washington did during the offseason, from trading for Wentz to drafting more pro-ready prospects with perhaps lower career ceilings, points to the internal expectation of winning now in the first season known as the Commanders. Anything short of that could lead to major changes for an organization that's no stranger to upheaval.