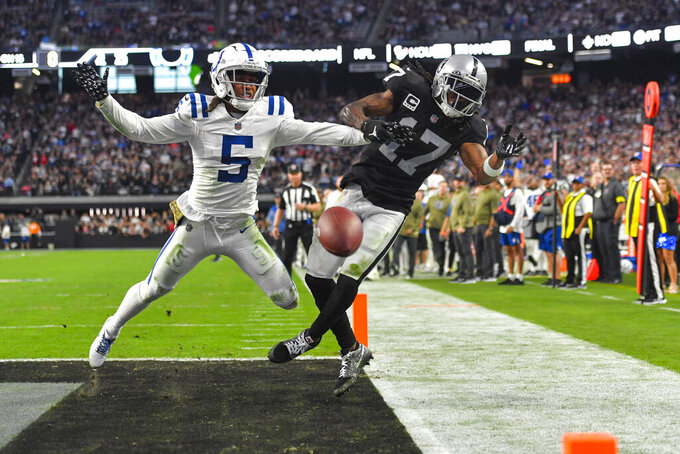 INDIANAPOLIS (AP) — The game Sunday in Indianapolis was supposed to be all about reunions for Philadelphia Eagles coach Nick Sirianni.

He'd get to see Frank Reich, the coach who hired him in 2018, and could trade fist bumps and high-fives with all those young playmakers he developed bonds with during his three-year stint as the Colts offensive coordinator.

Instead, Sirianni is returning to Lucas Oil Stadium brokenhearted less than two weeks after one of his close friends, Reich, was fired.

Or perhaps how motivated he is to get one of the NFL's top teams back on track following its first loss of the season last Monday night.

Much has changed since Sirianni left Indy for Philadelphia after the 2020 season. He helped the Eagles sneak into last year's playoffs and has them atop the NFC with an 8-1 mark this year.

Indy (4-5-1), meanwhile, lost its final two games to miss the playoffs last season, and this season's continually sluggish offense has made the Colts virtually unrecognizable — even to fans.

Since their last home game on Oct. 30, Reich has been replaced by Jeff Saturday, who went from pregame TV anvil banger to interim coach in two weeks. Sirianni's successor as coordinator, Marcus Brady, has been fired, Parks Frazier has taken over play-calling duties and Matt Ryan has reclaimed the starting quarterback job from Sam Ehlinger.

Yet somehow, amid all the turmoil, the Colts managed to play good enough last weekend to snap a three-game losing streak.

And now they'll be back in Indy.

“Oh man, I’m excited,” Saturday said, referring to his home debut. “You just bringing it up brings a smile to my face because I haven’t thought about it. But, man, every time I come back here, whether it was two weeks ago with (Tarik Glenn), that’s different, man. That’s home.”

Except that Sirianni won't feel the same way.

“This game is not about my relationship with anyone in the building,” he said. “I try not to get too wrapped up in that, knowing every game is big, every game is exciting, every game has somebody that goes back to a place they coached, a place they’re from or anything like that.”

Ryan looked more like the former Atlanta Falcons star last week — just in time to face his hometown team. The 37-year-old quarterback grew up near Philadelphia and attended the same high school as Adam F. Goldberg, creator of ABC's hit comedy “The Goldbergs.”

With one year left on his contract and playing with a team that's not scheduled to face the NFC East again until 2026, this could be his last game against the Eagles.

“When I was in Atlanta, it seemed like we played them every year. I’ve played them a lot in my career and they've always been very good," Ryan said. “Going there was always difficult. Growing up there, I knew kind of how passionate the fans are."

The Eagles didn't just lose a game or a perfect record Monday. They also lost tight end Dallas Goedert (shoulder). He was having a Pro Bowl-type season before going on injured reserve earlier this week.

“How do we replace him? You can’t, right?” he said. “You have to do it by committee. You have tight ends that are there that we have a lot of faith in. Then it goes to where some of his targets go. Probably a couple will go to A.J., probably a couple go to DeVonta (Smith), and then you have backs that get intertwined in that."

Washington won Monday's game by forcing turnovers and controlling the ball for more than 40 minutes, two things that weren't major factors in previous games. So after allowing 152 yards rushing on 49 carries to the Commanders, Philadelphia tried to reinforce the league's No. 20-ranked run defense.

Indy's biggest problem this season has been the offensive line, which has struggled in pass protection and clearing holes for Taylor. Last week, though, they appeared to solve the problem against the reeling Raiders. Ryan was only hit once, on a sack, and Taylor posted his first 100-yard game since Week 1.

“It’s just accountability on all fronts,” said Saturday, a two-time All-Pro center. “Obviously, I know that position specifically and I have a lot of respect for what those guys have done. I believe it needed to be addressed and emphasized. Those guys responded tremendously.”