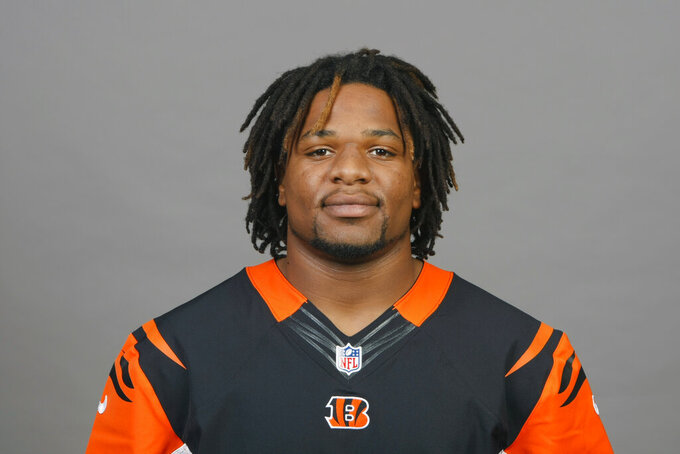 LAS VEGAS (AP) — Former NFL player Vontaze Burfict, a linebacker who in 2019 received the most severe punishment in league history for an on-field infraction, was arrested Saturday in Las Vegas, according to court records.

Online records for Las Vegas Justice Court said Burfict was arrested on a misdemeanor battery charge. The records did not list a defense attorney for Burfict who could comment on his behalf about the allegation.

Burfict, 30, was released on his own recognizance, according to court records.

Police officials did not immediately return a call from The Associated Press and circumstances of Burfict's arrest weren't immediately available.

Burfict was playing for the Oakland Raiders when the NFL on Sept. 30, 2019, suspended him for a helmet-to-helmet hit on Indianapolis Colts tight end Jack Doyle.

The league cited “repeated violations of unnecessary roughness rules” by Burfict, and his appeal of the suspension was denied.

It was the third time Burfict had been suspended for a dangerous hit on the field to go along with several others that led to fines.

Burfict played parts of eight NFL seasons, seven of which were with the Cincinnati Bengals. The Bengals released Burfict in March 2019.