Ex-NFL star Aqib Talib's brother turns self in after slaying 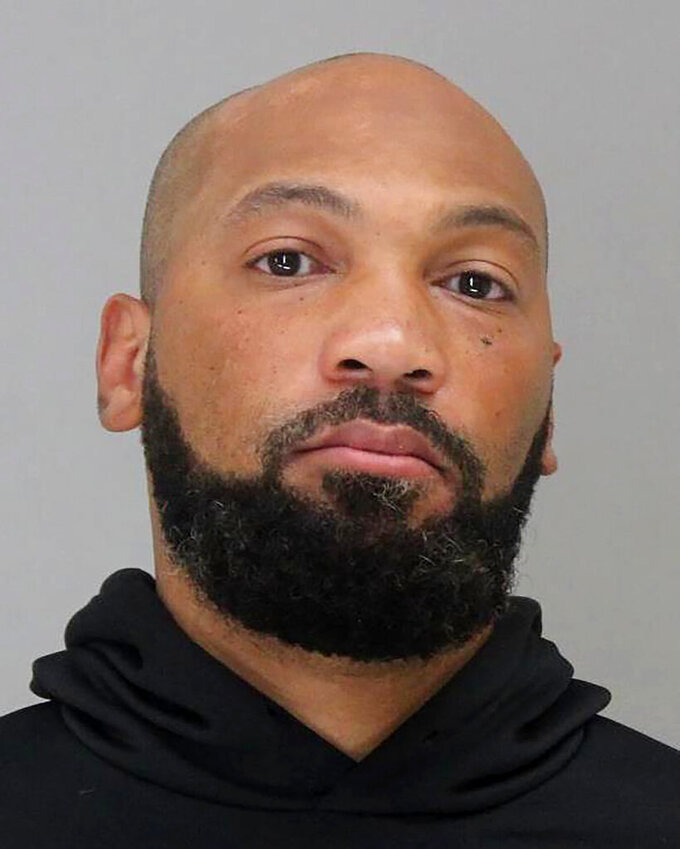 This booking photo released by the Dallas County Sheriff's Department, shows Yaqub Salik Talib on Monday, Aug. 15, 2022. Talib, the brother of retired NFL cornerback Aqib Talib, turned himself in to authorities Monday after police identified him as the suspect in the shooting death of a coach at a youth football game in Texas. (Dallas County Sheriff's Department via AP)

LANCASTER, Texas (AP) — The brother of retired NFL cornerback Aqib Talib turned himself in to authorities Monday after police identified him as the suspect in the shooting death of a coach at a youth football game in Texas.

Police said that a murder warrant was issued for Yaqub Salik Talib, 39, in the fatal shooting on Saturday night of Michael Hickmon, 43, police in the Dallas-area city of Lancaster said.

According to witnesses, Talib pulled out a gun and shot Hickmon multiple times after a disagreement between the opposing coaching staff of two youth football teams over calls made by the officiating crew led to a physical fight, police said.

Hickmon was later pronounced dead at a hospital. Police say no other injuries were reported.

Yaqub Talib is the brother of Aqib Talib, a five-time Pro Bowler who announced his retirement in 2020. Aqib Talib was named last month as a contributor for Prime Video's “Thursday Night Football.”

Police said that after the shooting, Yaqub Talib fled, taking the firearm with him.

Talib’s attorney, Clark Birdsall, told The Associated Press that his client “regrets the tragic loss of life but self-surrendered this morning so that he may have the chance to say his side of the story.” Birdsall declined to elaborate on what Talib’s side of the story is.

Police said they were still investigating the circumstances leading up to the shooting. Several people, including children, were present when Hickmon was killed, police said.

Dragons President Mike Freeman said the dispute began when Hickmon went to pick up a football and someone kicked it away.

“I don’t know how to explain it to the kids. That’s the part that I’m stuck on right now. How do I explain it to them. Why?" Freeman said. “This is something that these kids will remember for the rest of their life.”