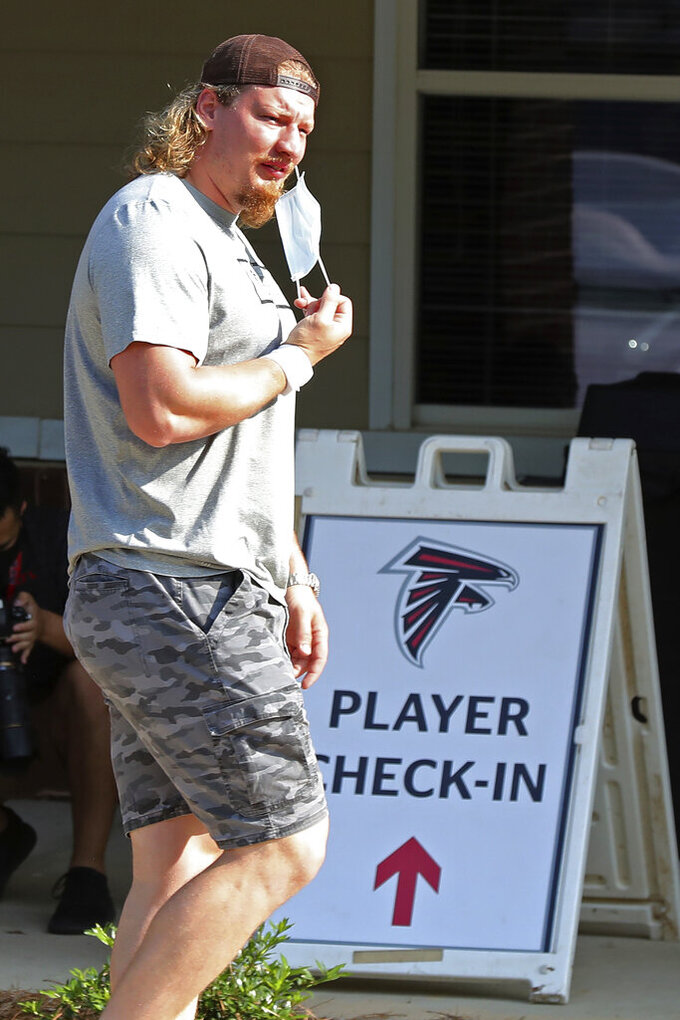 FLOWERY BRANCH, Ga. (AP) — The Atlanta Falcons will have limitations on their offensive line on their first practice of training camp after placing two linemen, including starting right tackle Kaleb McGary, on the physically unable to perform list.

Also placed on the PUP list Wednesday was offensive tackle Matt Gono. He wore a neck brace when he reported for camp on Tuesday.

The Falcons also placed defensive tackle Deadrin Senat on the PUP list. The team did not list reasons the players will not be ready to participate in Thursday's first practice.

Players placed on the list during training camp can be activated at any time.

Gono started in three of Atlanta's last four games in 2020.

Senat, a third-round pick in 2018, has failed to earn consistent playing time. He has appeared in only a combined seven games the last two seasons, including five in a backup role in 2020.