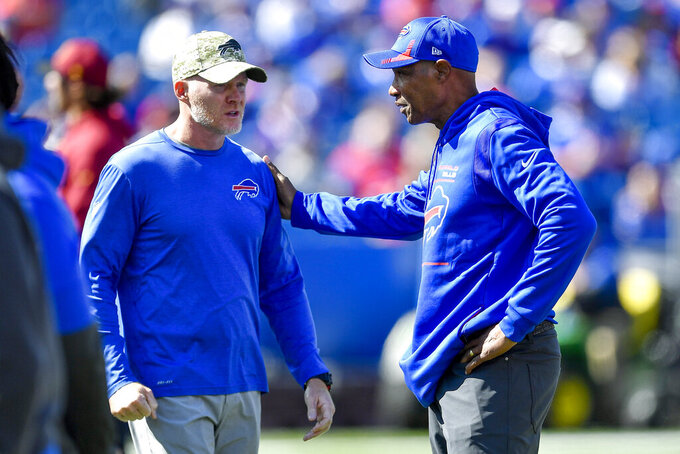 Frazier, 62, spoke via video conferencing with co-owners John Mara and Steve Tisch and Schoen, the former Bills assistant general manager who was hired Friday to replace the retired Dave Gettleman.

The trio also interviewed Bills offensive coordinator Brian Daboll on Friday for the job that opened when Joe Judge was fired on Jan. 11, two days after finishing a 4-13 season.

Frazier has head coaching experience. He was the Minnesota Vikings’ interim head coach for the final six games of the 2010, and then served as head coach from 2011-13. The Vikings made the playoffs in 2012.

Frazier also has served as either an assistant coach or coordinator for Philadelphia, Indianapolis, Tampa Bay and Baltimore.

Frazier was a Colts assistant when they won the Super Bowl in 2006. He had a team-high six interceptions with the Chicago Bears in their Super Bowl championship season in 1985.