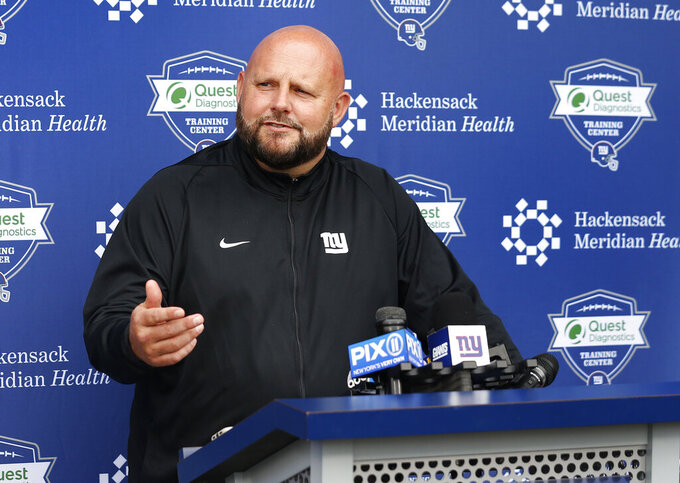 EAST RUTHERFORD, N.J. (AP) — The New York Giants added four defensive players to their roster, including three who have previously worked with members of the coaching staff.

Holmes, who played his first three seasons in Minnesota and last year with New Orleans, has played in 33 regular-season games with 10 starts. He played in two postseason games in 2019 with the Vikings.

Black played for the Green Bay Packers the past two seasons.

A sixth-round draft pick of Baltimore in 2016, Canady has played in 40 regular-season games and one postseason contest for the Ravens, Jets and Dallas Cowboys.

Dorsey appeared in six games for the 2020 Ravens after joining the team as an undrafted rookie from Northern Arizona. He spent the final eight weeks of his rookie year and last season on injured reserve with a shoulder injury.

Harris played in eight games with two starts and had seven tackles in two seasons. Johnson made the roster as a rookie free agent from Georgia Southern last season and played in 15 games. Lewerke spent most of last season on the practice squad and was active as the backup quarterback for the season finale. His departure leaves Daniel Jones, Tyrod Taylor and Davis Webb as the quarterbacks.

Mosley was signed last Saturday after attending rookie minicamp as a tryout.