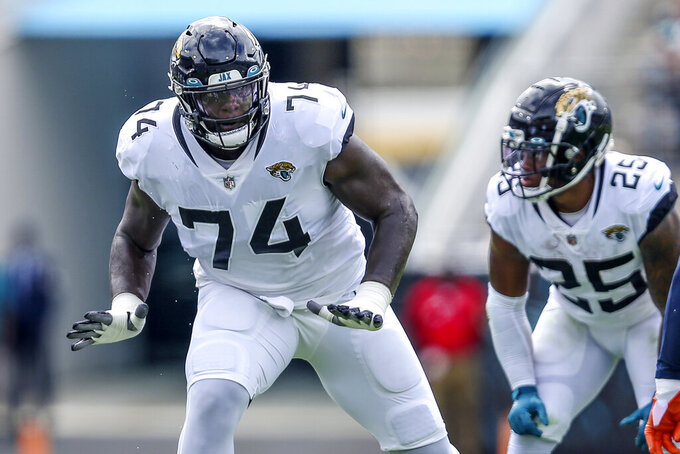 The former Alabama standout has started 61 games over five seasons since Jacksonville drafted him with the 34th overall pick in 2017. But he’s been far from one of the league’s best blind-side protectors.

Using the franchise tag on him for a second straight year was a surprise move considering the Jaguars drafted Stanford left tackle Walker Little with the 45th overall pick last year in hopes of pairing him up with quarterback Trevor Lawrence for the foreseeable future. Little started the final two games of the 2021 season and played well, leading some to believe Baalke would move on from Robinson.

But with Robinson back for a sixth season, Little will compete with Jawaan Taylor at right tackle. With Robinson, Little and Taylor in the mix, it’s unlikely the Jags would draft Alabama’s Evan Neal or North Carolina State’s Iken Ekwonu with the No. 1 pick in two weeks.

Instead, they’re seemingly poised to go with a pass rusher — probably Michigan’s Aidan Hutchinson — or try to trade out of the top spot in hopes of picking up more draft capital.

Either way, the team's offensive line will be revamped.

But holes remain. The team is expected to use at least two of its 12 draft picks to bolster a line that allowed Lawrence to get sacked 32 times in 2021.