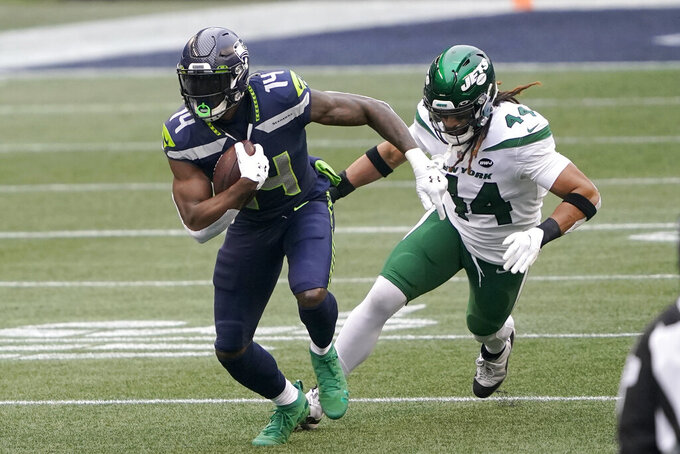 Fatukasi missed the Jets' 23-20 victory over the Los Angeles Rams after he was deemed a close contact of someone outside of the organization who tested positive for the coronavirus. Fatukasi has started six games this season, moving into a starting role after nose tackle Steve McLendon was traded to Tampa Bay in October.

Fatukasi has a career-high 37 tackles, two sacks and a forced fumble in his third NFL season.

Langi injured his neck against the Rams, ending what was a breakout season. He's third on the Jets with a career-high 60 tackles and had started the past seven games at inside linebacker following the trade of Avery Williamson to Pittsburgh on Nov. 1.