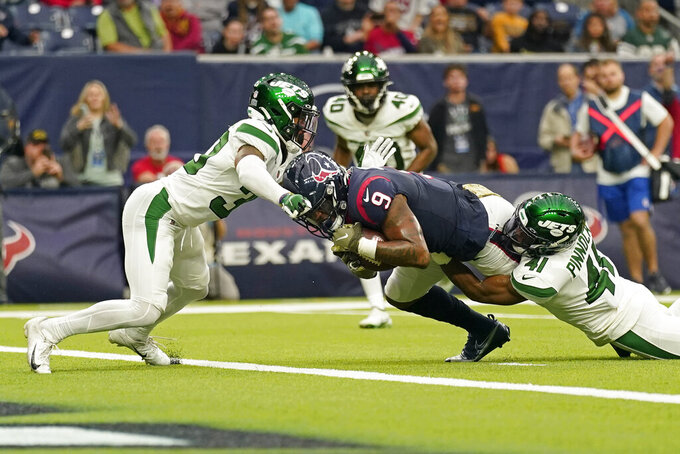 The team also announced Tuesday it activated backup quarterback Mike White from the COVID-19 list after he missed four games.

Tight end Ryan Griffin was placed on injured reserve with a knee injury, ending his season. He caught 27 passes for 261 yards and two touchdowns this season before being hurt last Sunday at Miami.

The Jets also claimed safety Will Parks off waivers from the Dolphins. The team was thin at safety because of Neasman going on the COVID-19 list and Elijah Riley in the concussion protocol.

The 27-year-old Parks spent his first four NFL seasons with Denver after being a sixth-round pick in 2016 out of Arizona. He has also spent time with Philadelphia, Kansas City and San Francisco.