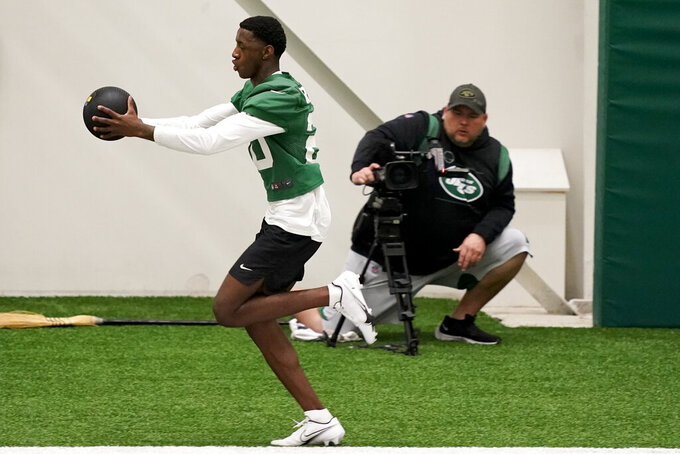 FLORHAM PARK, N.J. (AP) — The New York Jets signed cornerback Ahmad “Sauce” Gardner to a fully guaranteed four-year deal worth $38.7 million, the first of the team's seven draft picks to get under contract.

The team announced the signing Saturday after the second day of rookie minicamp, where Gardner and the rest of the Jets' draft picks along with undrafted free agents are practicing as pros for the first time.

The deal for Gardner, the No. 4 overall pick last week, includes a $25.3 million signing bonus and has a standard fifth-year option.

According to the Jets, Gardner becomes the team's fastest first-rounder to sign his rookie deal in the last 40 years.

He's the fifth of this year's first-round picks to sign, joining Kansas City cornerback Trent McDuffie (No. 21) and edge rusher George Karlaftis (No. 30) and Green Bay linebacker Quay Walker (No. 22) and defensive tackle Devonte Wyatt (No. 28).

Gardner, a former star at Cincinnati, was the first of three players selected by the Jets on the draft's opening night, along with Ohio State wide receiver Garrett Wilson (No. 10) and Florida State defensive end Jermaine Johnson (No. 26).