With Josh Allen at QB, expectations are high for Bills 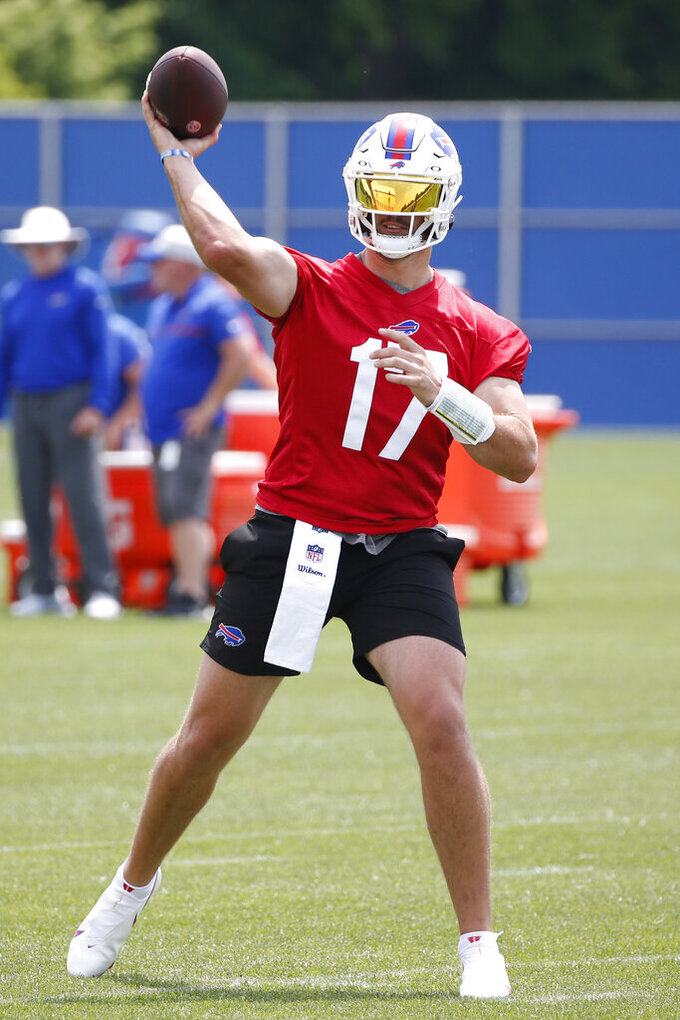 LAST YEAR: A mere 13 seconds separated the Bills from reaching the AFC championship game for a second straight year. Instead, Buffalo squandered a three-point lead in a heartbreaking, yet thrilling 42-36 OT loss in being eliminated by Kansas City for a second straight playoff. Otherwise, the Josh Allen-led Bills appear to have finally usurped control of the AFC East from longtime rival New England by winning their second straight division title. They went 2-1 against the Patriots, including a 47-17 romp in an AFC wild-card playoff game. Allen became Buffalo’s first player to top 4,000 yards passing and 30 TDs in consecutive seasons. The Bills defense led the NFL in fewest yards allowed but lacked a consistent pass rush, while padding its numbers against rookie and backup quarterbacks.

CAMP NEEDS: Most eyes are on how smoothly the offense can transition under Dorsey, a first-time coordinator who spent the previous two seasons as Buffalo’s quarterbacks coach. The Bills are also counting on third-year receiver Gabriel Davis to take over the starting job opposite Stefon Diggs, with Isaiah McKenzie and Crowder in line to replace Beasley in the slot role. Another question is at cornerback, and when starter Tre’Davious White will be cleared to return after sustaining a season-ending knee injury in late November. Minus White and coupled with Wallace’s departure in free agency, the Bills are counting on Elam and Cam Lewis to fill starting roles.

KEY CAMP COMPETITIONS: Running back Devin Singletary ended last season as Buffalo’s unquestioned starter, but faces a challenge after the team used a second-round pick to select James Cook, the younger brother of Minnesota star rusher Dalvin Cook. Returning punter Matt Haack’s job is in question, with Buffalo using a sixth-round pick to select Araiza, who has a booming left leg which helped earn him the nickname “Punt God.” One challenge Araiza faces is becoming comfortable as a holder because he doubled as a placekicker at San Diego State.

EXPECTATIONS: With Allen having established himself as one of the NFL’s top young quarterbacks entering his fifth year, expectations are high for a Bills team that’s made the playoffs in four of the past five seasons, and enters camp with Super Bowl aspirations. Even at 33, Miller’s addition upgrades a pass rush which finished tied for 11th in the NFL with 42 sacks, though 14 of them came in the final two weeks of the season in wins over Atlanta and the New York Jets. While a third straight division title is expected, Buffalo's bigger challenge is competing in a conference featuring many of the NFL's top QBs.