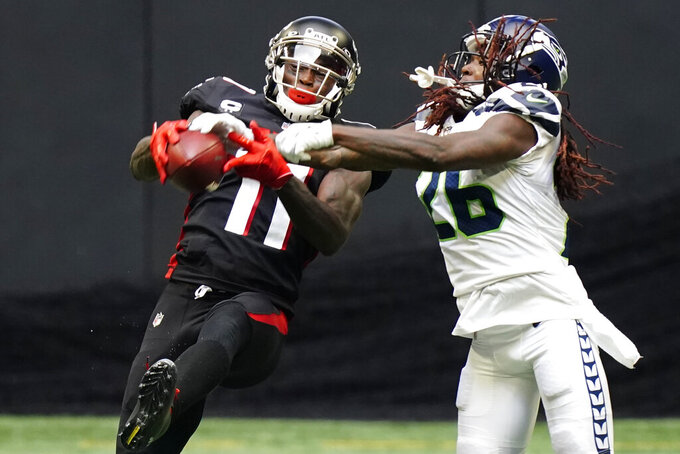 Golladay, who had an NFL-leading 11 touchdown catches last season, will be making his 2020 debut at Arizona after missing the Lions’ first two games with a hamstring injury. Godwin is on the Buccaneers’ active list at Denver after sitting out last week’s game with a concussion.

The Bucs-Broncos game also will feature Broncos rookie receiver Jerry Jeudy, who had been listed as questionable because of bruised ribs. Jeudy is active for the Bucs game as Denver quarterback Jeff Driskel makes his first start while Drew Lock recovers from a shoulder injury.

Broncos running back Phillip Lindsay (turf toe) is missing his second straight game. He looked good at practice during the week, but the Broncos might be saving him for Thursday night’s game against the New York Jets after a short turnaround.

In other notable injury news involving the late afternoon games, both players involved in an offseason trade of offensive linemen between the Carolina Panthers and Los Angeles Chargers won’t be available for the matchup.

The Chargers traded offensive tackle Russell Okung to Carolina for guard Trai Turner back in March. Both men have groin injuries that will prevent them from playing.

The Chargers will be without three starters — defensive end Melvin Ingram (knee), defensive tackle Justin Jones (shoulder) and quarterback Tyrod Taylor (chest/ribs). Justin Herbert will make his second NFL start, but has had a week to prepare.