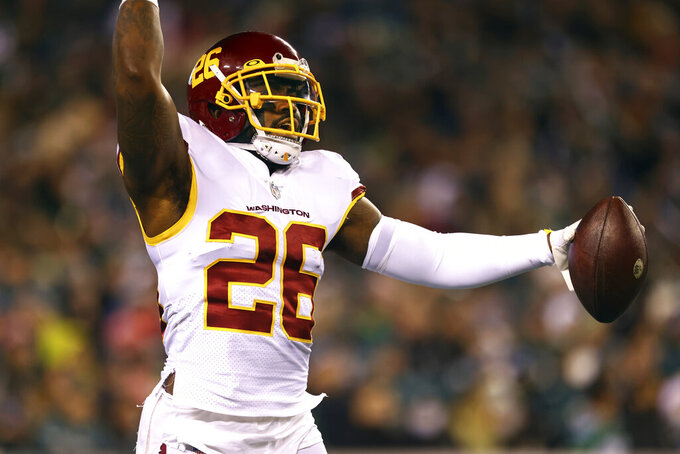 WARE, England (AP) — Veteran safety Landon Collins rejoined the New York Giants on Friday, signing to the practice squad ahead of the game against the Green Bay Packers at Tottenham Hotspur Stadium.

Collins played his first four seasons with the Giants before signing with the Washington Commanders.

The three-time Pro Bowler is not expected to play Sunday. He has “a long way to go," coach Brian Daboll said.

“He just got here today, he’s on our practice squad, so that’s where he’ll be,” Daboll said Friday at the team hotel north of London. "He’s got a lot to learn in terms of how we do things, not just playbook, but how we do them as an organization.”

Collins can play both safety and linebacker. He worked out for the Giants on Monday.

When the Giants played in London in 2016, Collins intercepted Case Keenum twice and took one for a pick-6 in New York’s 17-10 win over the Los Angeles Rams.

The Giants drafted Collins out of Alabama with the first pick of the second round in 2015.