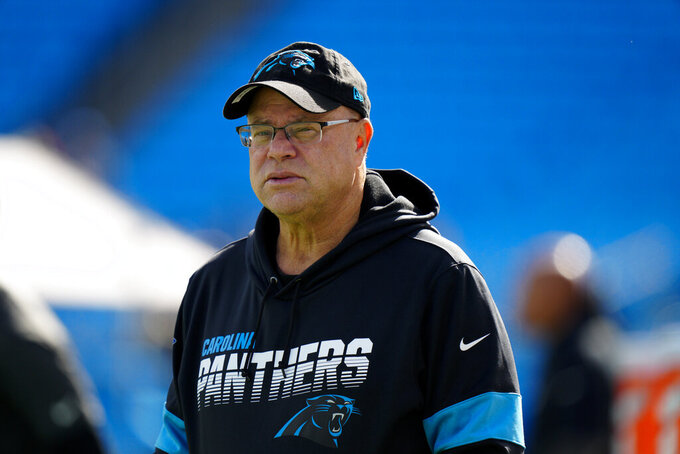 The plan would require approval from courts and creditors. The development of the Panthers’ state-of-the-art $800 million practice facility — which would have served as the team's new headquarters — fell apart after highly-publicized disputes between Tepper and the City of Rock Hill and York County.

GT Real Estate Holdings, a Delaware limited liability company, announced it has filed a comprehensive plan of reorganization in the U.S. Bankruptcy Court for the District of Delaware.

Under the terms of the plan, GTRE would resolve claims by paying $60.5 million in cash funded into a settlement trust for the benefit of contractors, subcontractors and general unsecured creditors, $21.1 million to York County and $20 million or more to the City of Rock Hill.

Among Tepper’s companies named in the York County lawsuit are DT Sports Holding, LLC, Appaloosa Management LP and Tepper Sports Holding, Inc. York County officials previously said they filed the lawsuit to protect the county and its taxpayers and recover damages caused by the defendants.

The complaint said Tepper and his companies took $21 million from a special penny sales tax intended to expand a road in York County and used the money for what the county’s lawyers called a “failed vanity project.”

Tepper is one of the NFL's richest owners. He invested more than $175 million into the half-built practice facility, which is located about 25 miles south of the team’s current downtown stadium and headquarters in Charlotte, North Carolina, before construction shut down.

“This plan reflects GTRE’s promise to expeditiously resolve all claims and make payments to its creditors, including to York County and the City of Rock Hill," according to a statement released by GT Real Estate Holdings. "GTRE now has a clear path to emerge from bankruptcy made possible by substantial commitments from DT Sports Holding, which has made available to GTRE more than $82 million in cash in an effort to bring this process to an orderly and equitable conclusion.

"GTRE believes that the plan is in the best interests of its creditors and anticipates that a hearing to consider approval of the plan will occur in October of this year.”

The Associated Press has reached out to officials for the City of Rock Hill and York County, but neither have responded to the proposed plan.