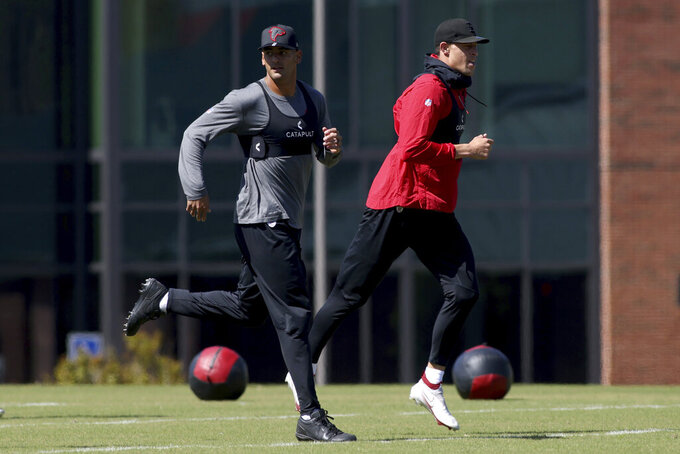 LAST SEASON: The Falcons were outscored 459-313, making seven wins something of an accomplishment under first-year coach Arthur Smith. Highlights included the play of rookie tight end Kyle Pitts, who led the team with 68 catches for 1,026 yards, and versatile Cordarrelle Patterson, who scored a combined 11 touchdowns while leading the team in rushing and finishing third in receptions. Salary-cap woes contributed to the decision to trade 14-year starting quarterback Matt Ryan to Indianapolis after the season, and the inability to re-sign top wide receiver Russell Gage and leading tackler Foye Oluokun. After playing only five games while stepping away during the season to address mental health issues, wide receiver Calvin Ridley was suspended by the NFL after the season for 2022 for betting on games.

OUTLOOK: The Falcons signed Marcus Mariota as their probable 2022 starting quarterback after trading Ryan. They still need depth at the position for this year, and a long-term starter. If the Falcons are convinced Willis can be the future starter, they can use the No. 8 overall pick on the dual-threat player who has the potential to excite the fan base. If not, general manager Terry Fontenot could trade down in the first round. Wilson would provide important talent to a wide receiver position in desperate need of help after Ridley's suspension. No matter the first-round decision, wide receiver and edge rusher should be addressed.