QB questions hang over so many NFL teams at scouting combine 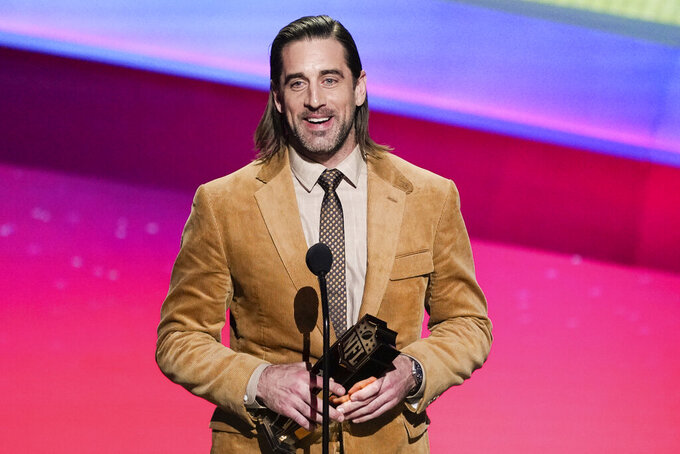 INDIANAPOLIS (AP) — The buzz at the NFL scouting combine Tuesday wasn’t so much about this year’s unheralded crop of quarterback prospects. It was on veterans who may or may not be on the move this month.

Texans GM Nick Caserio demurred when asked about embattled QB Deshaun Watson, who was held out last season after being accused of sexual misconduct.

“We’re day to day in terms of handling that,” Caserio said. “We’re always going to do the right thing by the Houston Texans organization.”

Colts GM Chris Ballard indicated he wasn't yet sold on former No. 2 overall draft pick Carson Wentz as the long-term answer in Indianapolis, and neither GM Terry Fontenot nor coach Arthur Smith would commit to Matt Ryan remaining the Falcons’ starting quarterback next season.

Browns GM Andrew Berry told local reporters he fully expects Baker Mayfield to be the starter in Cleveland in 2022, and suspects offseason surgery on Mayfeld's non-throwing shoulder will facilitate a successful comeback.

“The reality is that we have seen him play at a high level before. Being realistic, the injury does have some impact on his performance," Berry said. "We are focused on him getting healthy. We know how he works. We think he is talented. We have seen him play at a playoff-caliber level before, and I do not think there is any reason to think he can’t rebound to that level next year.”

On Tuesday, Cowboys coach Mike McCarthy revealed that quarterback Dak Prescott had offseason surgery on his non-throwing shoulder, but said it didn't appear to negatively affect him last season.

No team in the NFL has had as much trouble under center over the last few seasons as the Denver Broncos, who have churned through 10 starting quarterbacks since Peyton Manning's retirement. The latest, Teddy Bridgewater, who went 7-7 last year, but was the best of the bunch.

Finding a worthy successor to Manning — a year after his Hall of Fame induction — is job No. 1 for Denver GM George Paton.

Along with just about everyone else.

The Broncos have been mentioned as a potential landing spot for Rodgers should he ask out of Green Bay.

“With Aaron, I think he’s got a very tough process that he goes through to get himself ready to play every season. It’s a big commitment, and he’s done that for a long time and it certainly shows in the results,” Gutekunst said. “I think he feels he needs to do that to play at the level he plays that. And so I know that weighs on him, but I think he’s going through that now.”

Gutekunst said he expects to know Rodgers' decision before the league's new year kicks off March 16 with the start of free agency.

Ballard said he will continue meeting with Colts coach Frank Reich and team owner Jim Irsay, and hopes to make a decision at quarterback in the next 10 days.

“Ultimately, you’ve got to have a guy you believe in,” Ballard said. “I’m not saying we don’t, but in the long term is that the best answer for us? We’re not there yet, I’m not there yet.”

“I would say we’re open to any" quarterbacks, Steelers GM Kevin Colbert said. “We have two veterans on our roster in Mason Rudolph and Dwayne Haskins. Both have started NFL games and both have won NFL games. So we’ll see how things evolve.”

Murray recently deleted all references to the Cardinals on his social media accounts, but he isn't fading from their view at all.

“Kyler Murray, to me, is someone really different from anyone else I’ve ever evaluated,” Keim said. “He can do it all and he’s very competitive and he wants to be great. Those are all strengths.

“When I look back three years ago, see the progress he’s made on and off the field, it’s been tremendous. And he’s a big part of our turnaround.”

And a big part of the Cardinals’ future, if Keim can help it.

Adding to the shine on veteran signal callers is the notion this year's college class doesn't stack up to past years.

“It's going to be fascinating to see who kind of blinks when it comes to these quarterbacks. I don't have one with a top-10 grade," said NFL Network analyst Daniel Jeremiah.

Without a premier prospect among the top QBs — the group that Pitt's Kenny Pickett, Matt Corral of Mississippi, Liberty's Malik Willis and North Carolina's Sam Howell — the first one might not go until the teens because teams will be leery of bypassing a player with a much higher draft grade.

“That's the tricky part about this draft,” Jeremiah said. “That's why I'll be curious to see which teams can eliminate that need by going the veteran route and trying to get one in hand so they don't end up having to bypass what they think is a much, much better football player at another position.”